A Look Back At The 9/11 Attack On The Pentagon 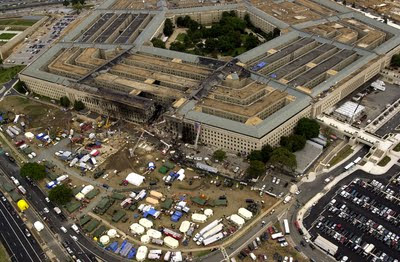 It is hard to believe that 11 years have passed since the horrific 9/11 terrorist attack on the World Trade Center and the Pentagon.

On September 11, 2001, I was the administrative officer of a Defense Department command in Philadelphia. I oversaw security, safety and other programs for the command.

That morning I was sitting in my office on a naval base in Philadelphia when one of our people stopped in and told me a plane had crashed into the World Trade Center.

"Accident or terrorism?" I asked.

When we later heard a second aircraft crashed into the World Trade Center, we knew we were under  attack. I thought of the Tom Clancy novel where he had a villain crash an aircraft into Washington D.C.

My security job more than doubled from that day until the day I retired from the Defense Department in 2007.

Last year I wrote a piece for Counterterrorism magazine on the 9/11 attack on the Pentagon. You can read the piece below: 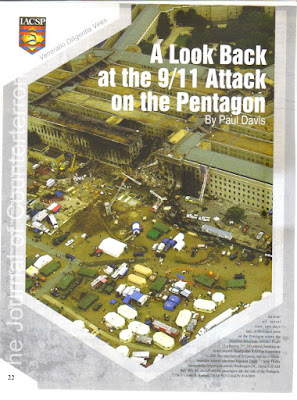 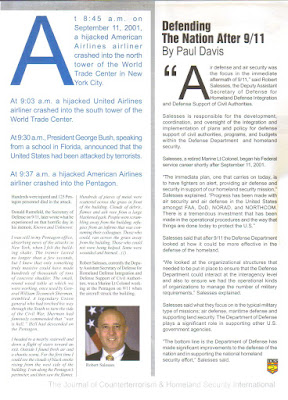 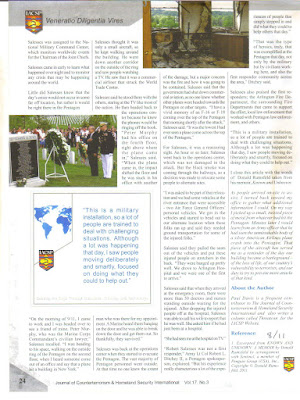 Note: You can click on the above to enlarge.
Posted by Paul Davis at 10:36 AM

Labels: 9 11 attack on the Pentagon, Counterterrorism Magazine, Donald Rumsfeld, Look Back at 9 11, terrorism