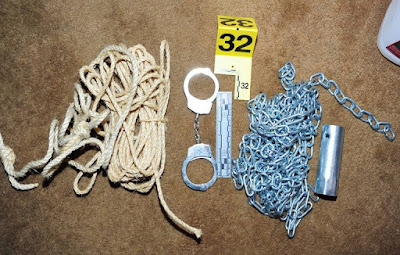 The FBI offers a report on a human trafficking case:


During the course of an international human trafficking investigation, FBI agents uncovered disturbing information: American men were making what appeared to be serious inquiries about buying kidnapped women from Asia to serve as sex and domestic slaves.
“This case opened people’s eyes to a much darker side of human trafficking than we were previously aware of,” said Special Agent Ryan Blay, who worked the investigation from the FBI’s Phoenix Division.
The case started in 2012, when agents were alerted to an advertisement from Malaysia on the now-defunct bondage website collarme.com, purporting to sell kidnapped Asian women “who are naturally very obedient.”
The online solicitation turned out to be a money-making scam, Blay said, but the response from potential customers in the U.S.—nearly 200 inquiries during a two-month period—was “alarming.” After the fraudulent advertisement was removed from the website and the FBI referred the matter to Malaysian authorities, Blay and his team devised an undercover operation targeting the same clientele.
You can read the rest of the report via the below link:

https://www.fbi.gov/news/stories/2015/december/human-trafficking
Posted by Paul Davis at 10:15 AM