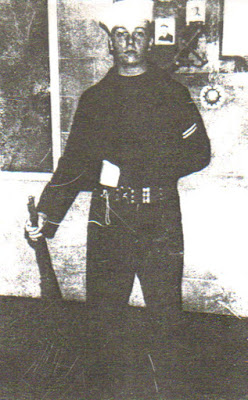 After all of these years, I’m still proud of my service in the U.S. Navy.

I served two years on the aircraft carrier USS Kitty Hawk during the Vietnam War. I reported to the great warship after Basic Training, which we called Boot Camp, when I was only 17.

I later served two years on the Navy tugboat USS Saugus (YTB780), which was stationed at the U.S. nuclear submarine base at Holy Loch, Scotland.

But my Navy career almost ended two days after it began.

I enlisted in the U.S. Navy when I was 17 in 1970. I attended Naval Recruit Training at Great Lakes, Illinois in February of 1970.

I recall the day I was walking across the base in the freezing weather when I passed this old guy on the sidewalk.

“Sailor!” I heard the man call out behind me.

I turned and asked, “Are you talking to me?”

I wasn't sure if he was talking to me, as no one ever called me a sailor before. After all, I had only been in the Navy for two days.

“Look at my uniform, sailor.” The man bellowed in a commanding voice.

The man looked frustrated and angry.

He sputtered and finally said, “I’m an admiral!” 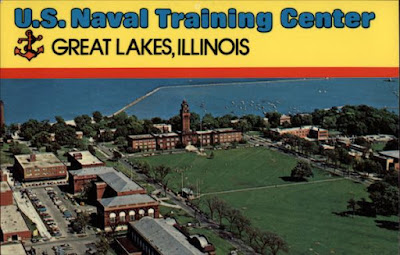 Note: Although the top biographical information is my own, the encounter with an admiral is obviously a joke - an old joke.