My Crime Fiction: "Stick 'Em Down" 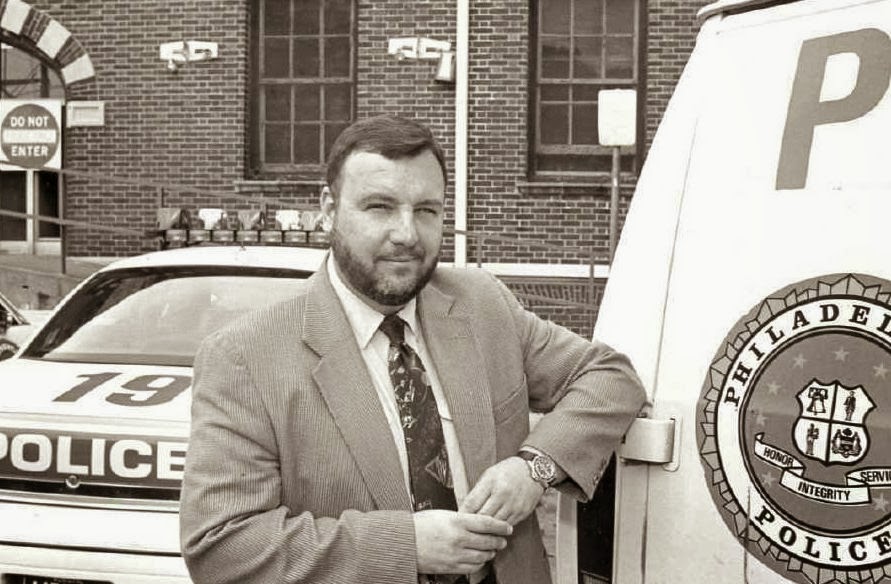 The below short story originally appeared in The Orchard Press Online Mystery Magazine in 2009:

My late father enjoyed the repeated telling of old, corny jokes to his children. I in turn often told the same old jokes to my children.

One of the old jokes was about an armed robber who confronted a man in an alley and said “Stick ‘em down.”

“Don’t you mean stick ‘em up?” the would-be-victim asked the robber.

“Don’t confuse me,” the robber said. “This is my first job.”

I thought of this old joke as a friend told me about a rather inept trio of armed robbers who attempted to rob his bar.

Frank Tamburro owned and operated a corner taproom in South Philly. Tall, lean, with a beer belly from tasting too much of his own product, Tamburro was an outgoing and jovial barkeep in the old tradition of neighborhood “tapies.” His bar had a small dining room in the back where they served great food. Accompanied by my wife and friends, I often went there to drink, eat, listen to music and gab.

I was leaning on the bar and sipping a vodka on the rocks when Tamburro came up to me and said he had to tell me about what happened in the bar the day before.

Tamburro said there were only a half-dozen customers in the bar on a Thursday night when two guys came in just before closing time at two. Tamburro described the first man to the police as a young white guy, about 25, who wore a blue baseball cap with the peak turned sideways, a long white t-shirt, worn-out jeans and white sneakers. He entered the bar sheepishly, sat at the bar and quietly ordered a beer.

Less than a minute later, a young black guy came in. He was wearing an outfit identical to the white guy at the bar. instead of sitting at the bar or taking a seat at one of the tables, the black guy stood at the bar entrance with his arms folded across his chest.

“We were all looking at this odd couple, wondering what the fuck they were up to, when the white guy pulled out this big, silver revolver and turned it sideways - you know, like the gangbangers do in the movies - and screamed he was holding up the place,” Tamburro recalled.

The man at the door also brandished a gun. Slanting the large black automatic, the man pointed it towards the people at the tables.

“We were sort of shocked, you know, because we’d never been robbed before,” Tamburro explained. “Poor Ginny, my bartender, was told to open the cash register by the white guy, but she was so scared she couldn’t open the damn thing.”

The armed robber didn’t believe her and he shouted threats at her.

“Ginny was pounding away at the cash register, trying to get it open, and she looked like she was playing a fuckin’ piano,” Tamburro said, laughing at the memory of the scene.

The white robber fired off a shot over the bartender’s head and she screamed and fell to the floor behind the bar. Tamburro threw his hands up and ran behind the bar, saying he would open the register and hand over the money.

One of the customers sitting at a table and watching the crime go down was a 72-year-old bookmaker named Joe Hess. He didn’t fear the young man waving the gun wildly, as Hess ran in tough gambling circles all of his life and he was a veteran of a half-dozen mob wars.

After the shot went off, Hess bolted out of his chair, picked up another chair, and hurled it at the shooter. The shooter collapsed when the chair hit him across the back. Hess rushed up to the young man and began kicking and stomping him. The gun flew across the floor. Several of the young guys pounced on the robber at the door, punching and kicking him. He dropped his gun and tried to scramble out the door.

Despite the severe beating the two robbers received, they were able to get out the door and run towards their getaway car, which was double-parked outside the bar. When the driver of the getaway car saw his two partners being pursued by a small, angry mob, he gunned the car and took off in a lurch down the small street, sideswiping several parked cars as he sped away. The two robbers ran frantically after the car, as Tamburro and his customers stood on the sidewalk laughing.

“They were like the Three fuckin’ Stooges!” Tamburro said.


I wrote about the botched armed robbery in my column in the local paper. I later ventured to the police station at 24th & Wolf Streets, which housed the 1st Police District and South Detectives. I went there to meet and interview the detective who was handling the armed robbery as I planned to write a follow-up column.

Ernie Pine was a veteran detective. He was a short, burly, tough-looking black cop, but he was also calm, soft-spoken and had a keen sense of humor.

Pine said he believed the three men who held up Tamburro’s bar were the same armed robbers who were engaged in a wild crime spree across South Philadelphia. They held up several bars and stores over the course of a three-week period. Had they not been heavily armed and nearly killed a man in one of their robberies, the trio would be amusing.

“We’ve identified the trio of armed robbers,” Pine told me as I sat next to his desk. “Two of them are John and Joseph Allen, twin brothers with a long history of robbery and other violent crimes, even though they are only 26-years-old. John Allen was only recently released from prison.”

Pine said the third bad guy was identified as William O’Brian, another young knucklehead with a long arrest record.

“Together they have an IQ of about 50,” Pine said, laughing softly. “We have warrants out for the three of them.”

Pine described O’Brian as a white “wanna-be-gangsta.” O’Brian grew up poor and dumb and he teamed up with the black Allen brothers before the three of them dropped out of high school.

Although I didn’t know O’Brian, I knew nitwits like him. They acted, dressed and spoke more street-black than the blacks themselves. Although these clueless kids thought they were accepted, most of the black kids thought of them as fools.

So did Pine, who chuckled and said “Dopey white boys like O’Brian are a bit of pay-back for slavery and years and years of racial discrimination.”

The Allen brothers, who were not too bright either, according to Pine, were amused by O’Brian and they took him under their criminal wing.

Pine told me about some of the robberies they believed the trio committed. They hit several bars and fast food restaurants, mostly scoring small amounts of cash, which they quickly blew on drugs.

They also attempted to rob a drug store the day after their beat-down at Tamburro’s bar. They were stuffing money and allergy and cold medicine into a large brown bag when a patrol officer happened to walk into the drug store. One of the Allen brothers barreled out the door, shoving the cop aside and leaving O’Brian holding the bag - literally.

O’Brian turned his gun sideways and fired two shots at the cop. Naturally, he missed. But his wayward shot hit an unfortunate 68-year-old customer.

O’Brian dashed out the door with the cop in hot pursuit. O’Brian attempted to dive into the open car window and onto the back seat of the getaway car - just like they do in the movies - but his head hit the top of the car door and he fell violently back into the street, blood gushing down from his head.

One of the Allen brothers laid down a wild field of fire from the front passenger seat and the cop took cover behind some parked cars. Allen grabbed O’Brian and the car took off, dragging the bloodied robber alongside the fast-moving car.

The cop called the crime incident in and then he recovered the paper bag with the cash and the drugs from the street. The police found the getaway car illegally parked five blocks from the drug store. As they suspected, the detectives learned that the car had been stolen that morning.

Pine said they had a task force working the trio and they had stake-out units covering stores and bars the armed robbers might hit in the future. Pine told me that he would be in touch if anything broke on the case.


A few days later I received a call from Detective Pine.

I met Pine at Tamburro’s bar. I sat next to Pine at the bar and he told me that John Allen, apparently the smartest of the three, came forward and offered to turn himself in. He said he was willing to lead the police to his brother and O’Brian, providing he could get a deal for a lesser prison sentence. Pine said Allen did not want to return to prison for a long period, so he was willing to give up his twin brother and his childhood friend.

“We moved in on Allen and O’Brian, who were laid up in this shithole house and we took them without a struggle,” Pine explained. “O’Brian was passed out from his head injury and Allen was so high he could not keep his eyes open. They came along nice and quiet.”

In celebration of the arrest of the armed robbers, Tamburro set up drinks on the house.

“Here’s to dumb criminals.” Pine said as he raised his glass.