My On Espionage Column: Secret Wars: One Hundred Years of British Intelligence Inside MI5 And MI6 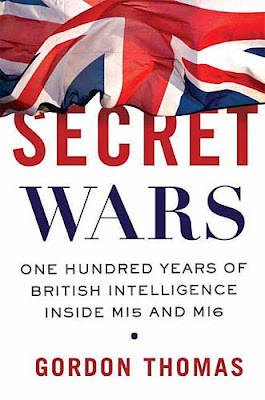 This past August marked a century of the two oldest and most powerful secret intelligence services in the world: the British Security Service (MI5) and the Secret Intelligence Service (MI6). Thomas, an author who has covered intelligence and espionage for more than 50 years and has published 40 books, interviewed a wide array of current and former intelligence chiefs and officers for this book.

You can read the column here.
Posted by Paul Davis at 7:21 AM

Labels: Gordon Thomas, Greathistory.com, My On Espionage column, Secret Wars One Hundred Years of British Intelligence Inside MI5 and Mi6