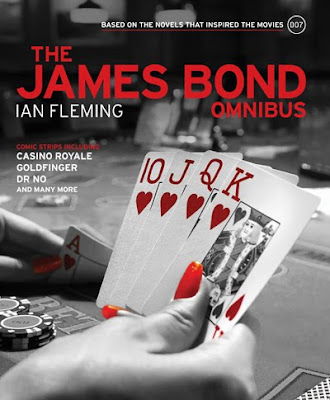 I’m not big on graphic novels and I’ve not read comic books or adventure comic strips since I was a kid, but The James Bond Omnibus, Volume I interested me.


I was first introduced to Ian Fleming’s iconic secret agent when I saw Dr No at the Colonial movie theater in South Philadelphia in 1962 when I was 10-years-old. But for many British children and adults, their first visual introduction to James Bond was through a daily comic strip that appeared in the newspaper the Daily Express.

From 1958 to 1984, the Fleming thrillers were serialized in comic strips and syndicated in British newspapers.

The James Bond Omnibus (Titan Books) has pulled together the newspaper comic strip adaptations of eight Fleming novels and three short stories. The novels are Casino Royale, Live and Let Die, Moonraker, Diamonds are Forever, From Russia With Love, Dr No, Goldfinger and Thunderball. The three short stories offered are Risico, From a View to a Kill and For Your Eyes Only.

The stories were adapted from the novels by Anthony Hern, Henry Gammidge and Peter O’Donnell. O’Donnell, who recently died at age 90, went on from the Bond comic strips to create his own comic strip, Modesty Blaize. The comic strip’s art was drawn by John McLusky.

One of the first thoughts that struck me as I began to read the comic strips was that they were more faithful to Fleming’s novels than the films. My second thought was to wonder what might have been had the film makers stuck more closely to the Fleming novels.

I’ve been an Ian Fleming aficionado since I first saw Sean Connery as James Bond in Dr No. The first nine books in my now extensive library were Ian Fleming’s thrillers and many of my lifelong interests such as travel, crime and espionage were all sparked by Fleming. As a teenager I was fascinated by Fleming’s use of exotic locales, women and villains in his stories.

You can also read my Crime Beat column on the Ian Fleming and James Bond phenomenon via the below link:

And of of course you should also read Ian Fleming’s James Bond thrillers and The James Bond Omnibus. 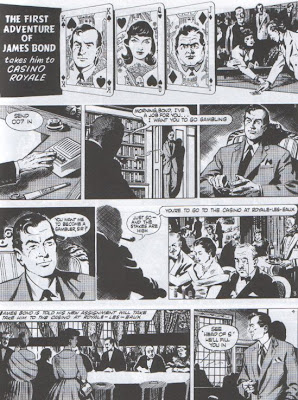 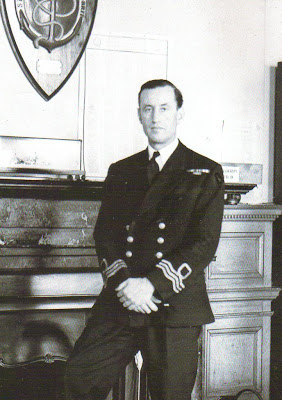