Site One: A Look Back At The American Nuclear Submarine Base At Holy Loch, Scotland 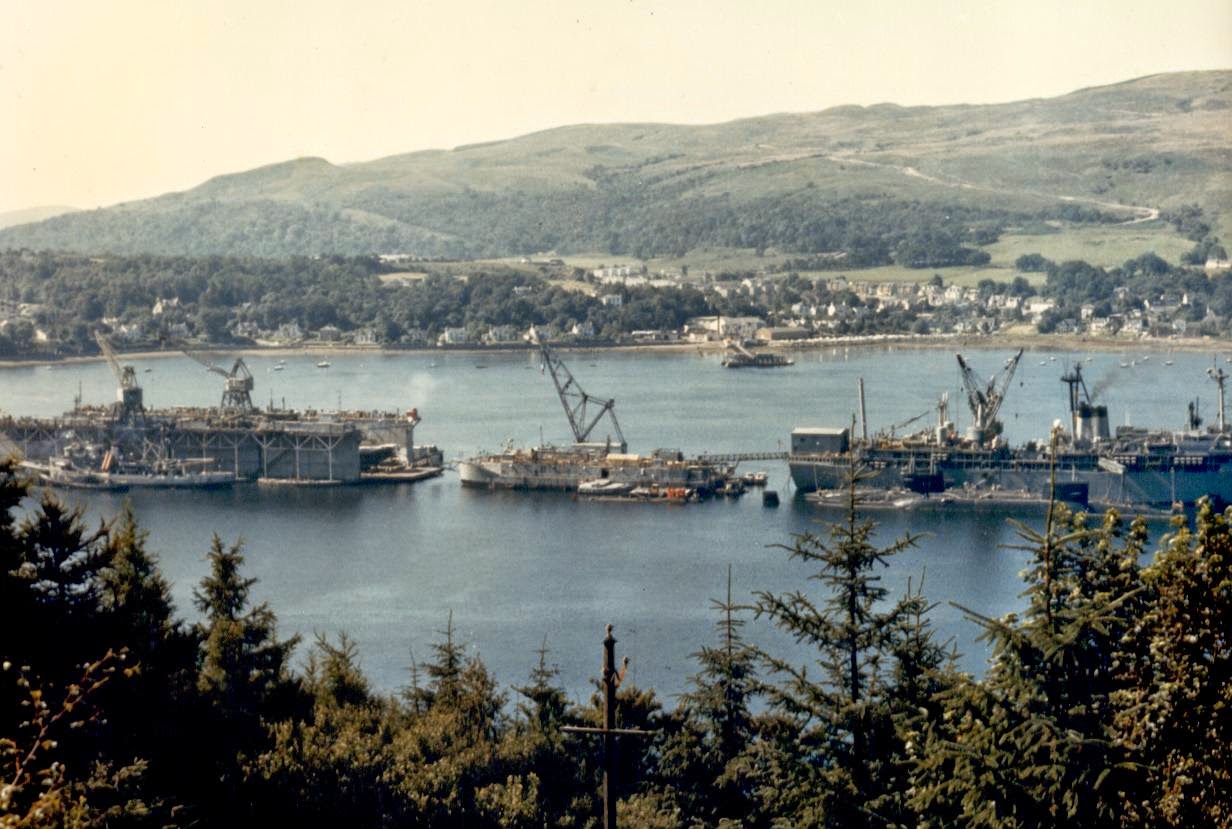 I recently contacted an old shipmate who served with me on the USS Saugus (YTB 780), a Navy harbor tugboat, in 1974 and 1975. The tugboat was assigned to the American nuclear submarine base at Holy Loch, Scotland.

Speaking to my old Navy pal brought back some good memories. The people of Scotland were friendly and kind to me and the many American sailors who were stationed there during the Cold War.

I spent a good bit of time in Dunoon, which was the town nearest to the base, and I had a flat in Glasgow. I also visited Edinburgh quite often, ventured north to visit Inverness and Loch Ness, and I visited a good number of other Scottish cities, towns and offshore islands during my time there. I also visited London.

I traveled all over Scotland, the United Kingdom and Europe during those years. 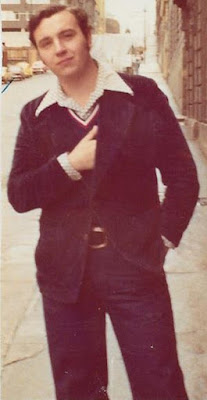 During the Cold War the U.S. Navy base at Holy Loch was the headquarters of Submarine Squadron 14 (COMSUBRON 14). The base, called "Site One," consisted of the USS Canopus, a 644 foot long ship called a submarine tender, a floating dry dock that could accommodate submarines, and a large barge with a super crane. All were anchored in the middle of the loch.

Submarines ventured to Site One from the sea before and after their patrols and tied up to the anchored submarine tender. The submarines received supplies, maintenance and repairs at the floating Navy base.

The base also had several small boats that tied up to the barge. Two of the boats were 100-foot harbor tugboats, which were the workhorses of the bustling naval base. 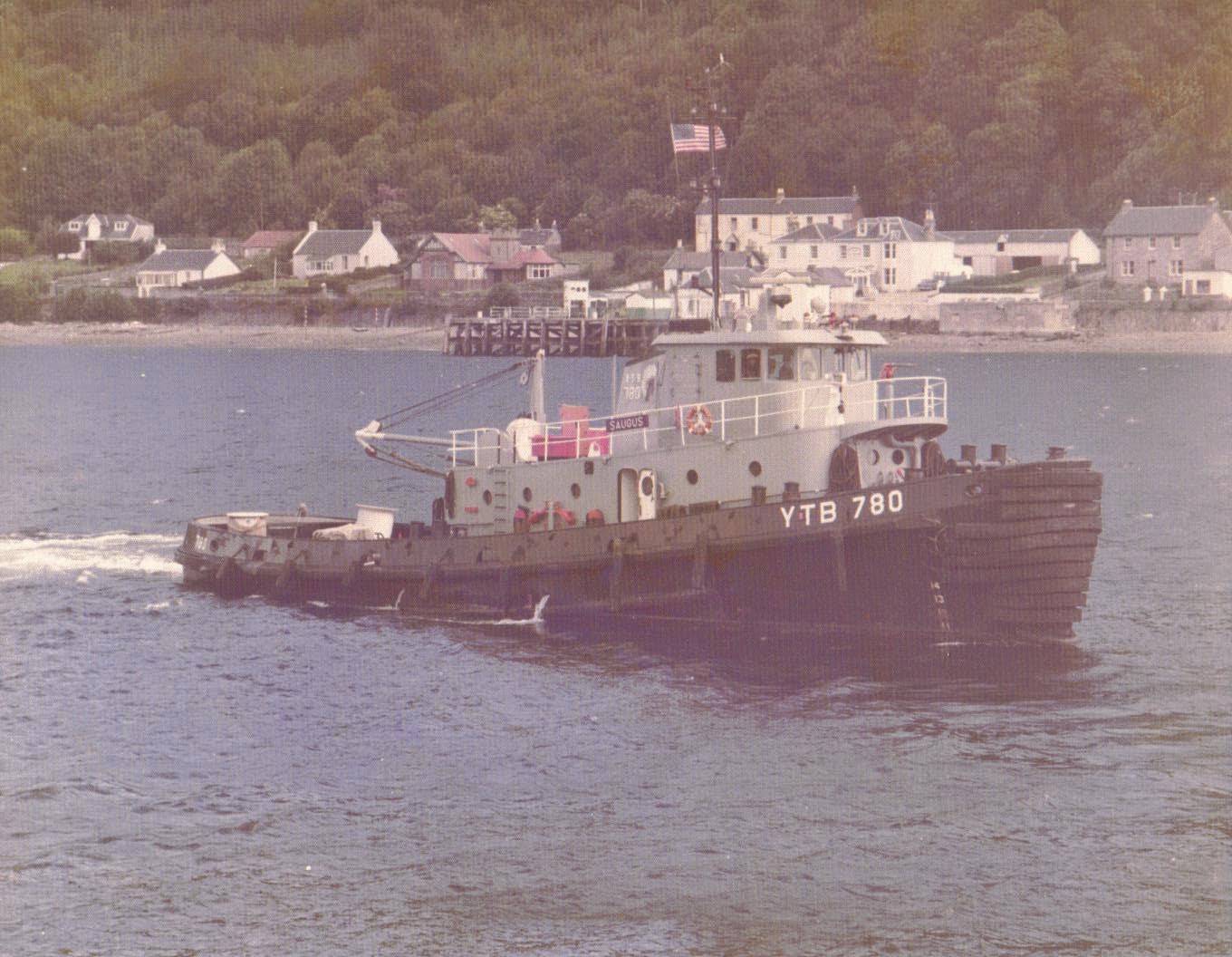 The USS Saugus and the USS Natick (YTB 760) towed ships, barges, submarines and other craft in, out and around the site, as well as put out fires and broke up oil slicks.

The tugboats were often sent to sea to rendezvous with submarines for medivacs, classified missions and transfers of the COMSUBRON 14 Commodore and his staff. The tugboats also went to sea to perform in exercises with the submerged submarines and then retrieved the torpedoes used in the exercises from the sea.

During the winter months the tugboat sailed into rough and cold seas, gale force winds and high waves.

Working on the tugboat was hard, physical and dangerous, but we were proud of our service. Working with the rugged and independent crew on the tugboat felt like I was serving in McHale's Navy, one of my favorite TV shows from my youth.

I worked on deck, stood helm watches while at sea, stood security watches in port, and during my second year onboard I was the boat's supply petty officer.

In the photo of Holy Loch above, the floating dry dock is on the right and the submarine tender is on the left..

You can read about the history of the nuclear submarine base at Holy Loch, Scotland via the link below:

Below are photos of the base, the tugboat and me: 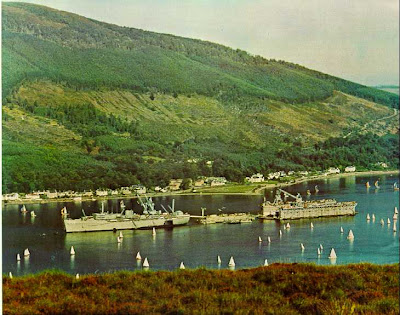 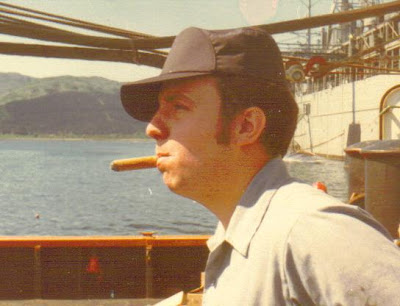 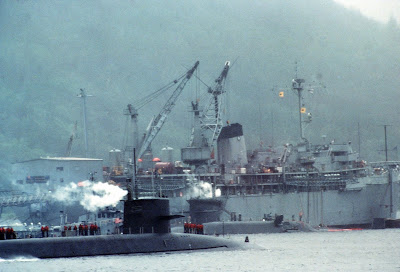 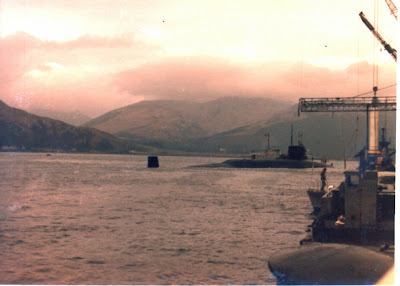 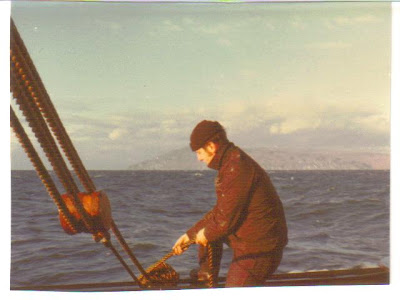 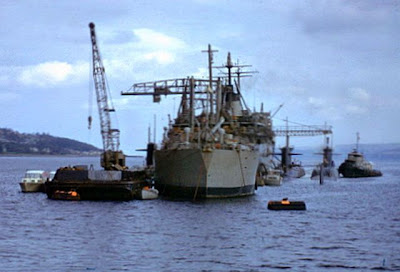 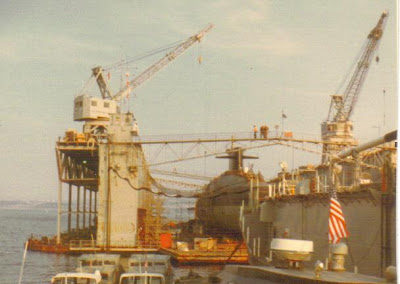 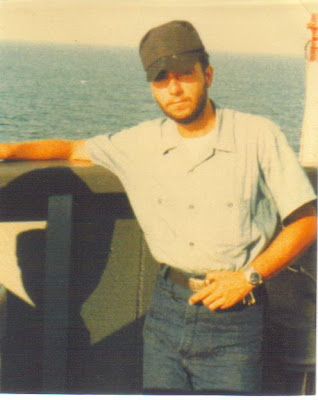 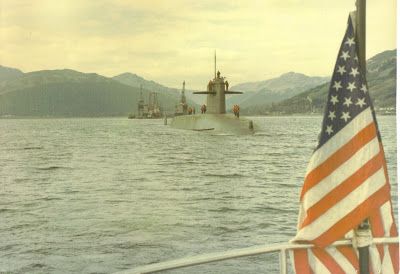 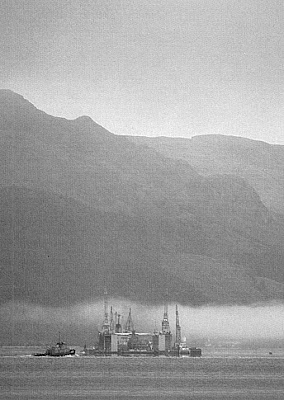 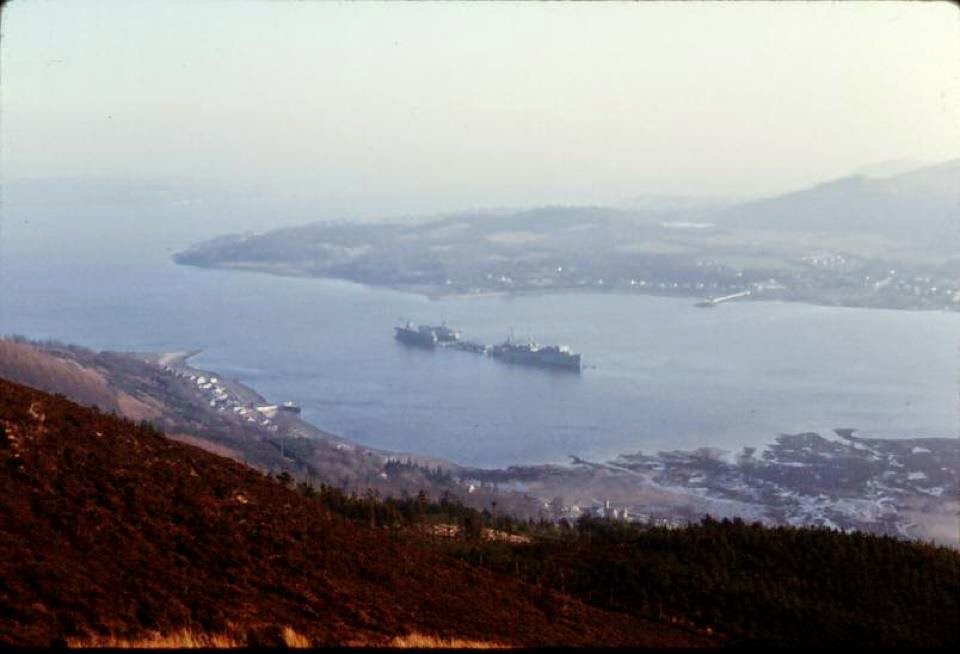 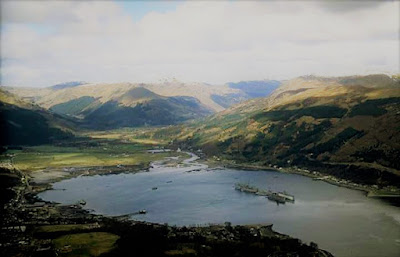 Note: You can click on some of the above photos to enlarge.﻿
Posted by Paul Davis at 11:50 PM