I Don't Feel Like A Rat, Says Chicago Hoodlum Who Testified Against His Mob Father And Other Hoods In Family Secrets Trial 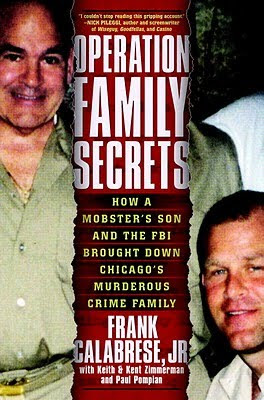 Frank Calabrese Jr, the Chicago hoodlum who testified against his Chicago "Outfit" mob father and other organized crime figures in the "Family Secrets" trial that devastated the Chicago mob, talked to John Kass at The Chicago Tribune about his new book, Operation Family Secrets: How a Mobster's Son and the FBI Brought Down Chicago's Murderous Crime Family.

You can read Kass' column via the below link:

You can also read my GreatHistory.com piece on the Family Secrets trial via the below link: