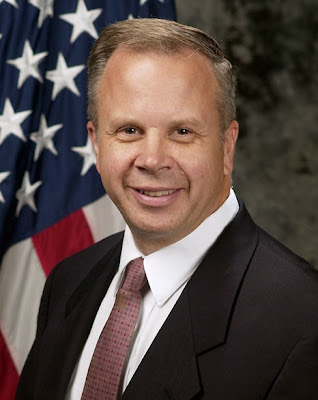 WASHINGTON, June 3, 2011 - Recognizing the huge national security implications of compromised U.S. computer networks, a senior Pentagon official said the Defense Department is working hand in hand with the Department of Homeland Security and others to shore up vulnerabilities against an increasingly sophisticated threat.

"Our focus is to ensure we can operate effectively in cyberspace, especially in areas of command and control" and other network-centric operations, Robert J. Butler, deputy assistant secretary of defense for cyber policy, told a Center for a New American Security forum yesterday.

This can have severe implications across the board, including on the U.S. military, which depends on cyberspace to operate its communications, weapons, logistics and navigation systems. In a worst-case scenario, Lord noted, cyber attacks could disable critical equipment and even turn it against its users.

The Defense Department stood up U.S. Cyber Command under U.S. Strategic Command to focus directly on the challenges as well as opportunities in what DOD now recognizes as a fifth domain of warfare. The military services have aligned their capabilities as well, with 24th Air Force, U.S. Fleet Cyber Command, Marine Forces Cyber Command and Army Cyber Command/2nd Army all leading their respective services' efforts.

Butler (seen in the above DoD photo) cited a memorandum of understanding signed last fall that enables the Defense Department and Department of Homeland Security to better share information, expertise and capabilities.

The plan retains Homeland Security's lead responsibility for protecting the U.S. government's civilian networks and critical infrastructure. The Defense Department is responsible for protecting some 15,000 military networks in the so-called "dot-mil" domain. Under the agreement, the two agencies will collaborate to better safeguard cyberspace against state as well as nonstate actors.

Butler said this sharing arrangement will expand as Cyber Command grows and matures. He said he envisions more personnel-sharing between the two departments, and more collocating of employees to they can better conduct planning and share talents.

Rand Beers, undersecretary of Homeland Security's national protection and programs directorate, said his department, a relative newcomer to the cyber arena, gains tremendously through the whole-of-government approach to cyberspace, particularly its partnership with DOD.

"The bottom line is we couldn't do it without DOD because it is a team effort," he said.

A recent cyber attack on a network at Lockheed Martin Corp., a major U.S. defense contractor, had only a minimal impact, Butler said. The FBI is leading the investigation into the incident, which reportedly occurred May 2.
Posted by Paul Davis at 4:11 PM