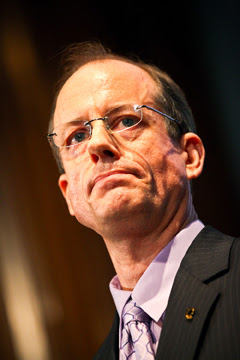 Drake, 54, pleaded guilty before U.S. District Court Judge Richard D. Bennett to the misdemeanor offense of intentionally exceeding the authorized access of a computer. Sentencing is scheduled for July 15, 2011, at 3:00 p.m. EDT.

“Today, Thomas Drake admitted that he illegally accessed classified NSA computer systems to obtain information that he then provided to another person who had no authorization to receive it . As today’s guilty plea shows, in cases involving classified information, we must always strike the careful balance between holding accountable those who break our laws, while not disclosing highly-sensitive information that our intelligence agencies conclude would be harmful to our nation’s security if used at trial,” said Assistant Attorney General Breuer. “Individuals who are granted special access to our nation’s most sensitive information cannot unilaterally decide to disregard the law and agreements they make with the government on how that information may be handled.”

According to the statement of facts, Drake worked as an employee of the NSA from August 2001 through April 2008. In connection with his employment, Drake was granted a Top Secret clearance and had access to classified computer systems, such as the NSA’s internal intranet or NSANet. Drake received various security briefings regarding the handling restrictions and requirements involving official NSA information, and knew that the NSA restricted the use of and access to its computers and NSANet for official use only.

According to the statement of facts, from approximately February 2006 through March 2007, Drake intentionally accessed NSANet, obtained NSA information and provided the information to another person not permitted or authorized to receive it.

Also today, in exchange for the defendant’s guilty plea, the government filed a motion to dismiss, at the time of sentencing, the pending indictment against Drake. Drake was charged in an April 2010 indictment with willful retention of classified information, obstruction of justice and false statements.

The case is being prosecuted by Senior Litigation Counsel William M. Welch II of the Criminal Division and Trial Attorney John P. Pearson of the Criminal Division’s Public Integrity Section. This case was investigated by the FBI and the NSA Office of Security & Counterintelligence. The National Security Division also provided assistance in this matter.
Posted by Paul Davis at 5:31 PM