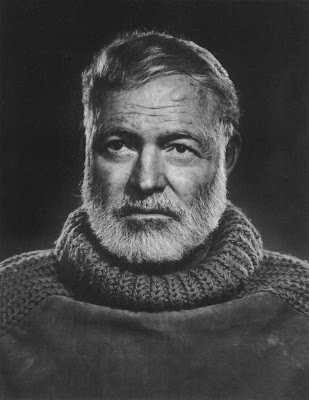 UPI.com reports that various foundations are celebrating Ernest Hemingway's life and literary work this week, rather than the 50th anniversary of his suicide.

Winner of Nobel and Pulitzer prizes, "Papa Hemingway" is 34th on the U.N. list of the world's 50 most translated authors. Nearly two dozen of his works were made into movies, including "The Old Man and the Sea," "A Farewell to Arms" and "The Killers."

Hemingway's larger-than-life adventures play into his enduring appeal, scholars say. He was on the front lines in five wars, hunted in Africa, covered bullfights in Spain, survived two plane crashes and four car wrecks, and had four wives.