My Crime Beat Column: A Look Back at Joseph Pistone, aka Donnie Brasco, and His Undercover Life in the Mob 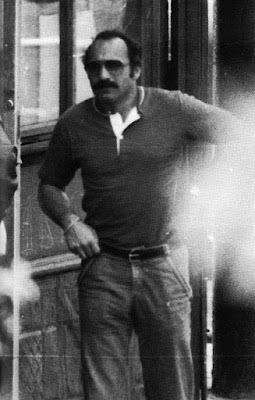 My wife and I recently watched Donnie Brasco on cable TV. We’ve seen the film about four or five times, but we like it so much we watch it again every couple of years.

In my view, the film is one of the two most realistic films, along with Goodfellas, about organized crime.

Depp is very good as Pistone. Who can forget Depp’s explanation of the New York all purpose term ”fuhgettaboutit” to his fellow FBI agents?

Al Pacino is a great actor, but he is one who often plays characters way over the top. In Donnie Brasco, he is understated and dead on in this role of a not particularly bright, low-level mob guy.

I would have cast another actor in the important role of “Sonny Black” Napolitano, the Bonanno captain of the crew Pistone infiltrates. Michael Madson and his perpetual scowl gives him a look of being constipated rather than tough. Imagine what a fine actor like Robert De Niro or Leo Rossi could have done with this role?

The film, like Pistone’s 1987 book that the film was based on, accurately portrays organized crime at the street level and debunks the popular myths surrounding the mob. There is little glamor or honor here. The film also accurately portrays the stressful and dangerous life of an undercover agent.

Pistone chronicled his extraordinary six years undercover in the book Donnie Brasco: My Undercover Life in the Mafia, written with Richard Woodley. Pistone successfully infiltrated the mob using the cover of Donnie Brasco, a jewel thief. He went on to become an associate member of the Bonanno crime family and in the end he was offered the opportunity to commit murder and become a full “made” member.

He was subsequently pulled out by his FBI bosses and his evidence and testimony was responsible from more than 100 organized crime members going to prison.

I reviewed Pistone’s second book, The Way of the Wiseguy for The Philadelphia Inquirer (http://www.pauldavisoncrime.com/2013/08/my-philadelphia-inquirer-review-of_2031.html).

As I wrote in the review, The Way of the Wiseguy is an insider’s guide to the world - or perhaps one should say, the underworld - of organized crime.

With stories and anecdotes that revel how wiseguys get their nicknames, how and why they are murdered and such minutiae as how they treat woman and what they eat, the book is everything you ever wanted to know about wiseguys, goodfellas mob guys and gangsters. Pistone’s blunt and colorful language adds to the book’s gritty realism.

“When you’re a wiseguy, you can steal, you can cheat, you can lie, you can kill people - and it’s all legitimate,” Lefty Ruggiero said to Pistone, explaining the tangible benefits of being a wiseguy.

I spoke to Pistone over the phone a few years ago and I met him when he came to Philadelphia on a book tour. He told me that he has many Philadelphia connections, including his close friend, actor Leo Rossi, who is from Philadelphia.

Pistone also worked for the Naval Investigative Service (now called NCIS) down at the old Navy Yard in South Philly and he also knows FBI agents assigned to the Philadelphia office.

Pistone, who still looks like he can handle himself in a tough situation, comes across as regular neighborhood guy. He grew up in Paterson, New Jersey and he knew wiseguys growing up, but law enforcement officers interested him far more.

“I knew a couple of cops and detectives and their lives intrigued me,” Pistone told me.

He said he became an FBI special agent because of the officers he met and not by the influence of TV or films.

Pistone said that Cosa Nostra has lost much of its power because of the RICO (Racketeer Influenced and Corrupt Organization) Act and the strict federal sentencing guidelines.

“At one time, you’d get 3 to 5 years in prison,” Pistone explained. “The standard line among wiseguys was I need to go on vacation - three squares a day, I work out and get back in shape. Now, with the guidelines, the judges don’t have much wiggle room in their sentences and they get 15 to 20 years. And you’re going to the time in the federal system.”

Pistone noted that in the Commission Case they convicted all of the New York mob bosses and they received 75 to 100 year sentences. Now, he said, when wiseguys are convicted they know they will never see the light of day again, so they make deals with prosecutors.

I mentioned to Pistone that being part-Italian and having grown up in South Philly, the hub of the Philadelphia-South Jersey mob, I can recall when mob guys looked at their time in prison proudly, in much the same way I view my time in the U.S. Navy. Their time incarcerated was considered a right of passage and they were proud that they didn’t become a rat and they did their time “like a man.”

Pistone said that one does not see that attitude too often with today’s wiseguys.

Many people look at the mob and see a sense of glamor in the criminal lifestyle with their money, girls, clothes and cars. I asked Pistone if during his six years undercover he saw this as a glamorous life.

“No,” he replied. “You see the cars, the nice clothes and the guys don’t work, but what you don’t see is the inter-workings of mob life, the killings and stuff.

“Every day is spent scamming, scheming and wondering how are they going to make money,” Pistone explained in his gruff, street-wise voice. “It’s a stressful life. The two things these guys worry about are going to jail and getting killed.”

Pistone went on to explain that there is a lot of tension in mob life, especially when there is a war going on in the family. A mob guys worries about getting killed or who who they they will have to kill.

“What kind of life is that?” Pistone asked. “Every day is a struggle. You’re worried about money coming in, money going out, who’s cheating you and who are you going to cheat.”

I told Pistone that what I especially liked about his book and the film was the accurate portrayal of the scheming and the tension he mentioned, and I also liked that the protagonist - thinking Pistone might be uncomfortable witht the term hero - was a law enforcement officer rather than a criminal like Henry Hill, Tony Soprano or Michael Corleone. I further liked that the protagonist was an Italian-American law enforcement officer.

I recalled that in 2004 TIME reviewed Pitone’s earlier book and Henry Hill’s book, Gangsters & Goodfellas together. The reviewer stated that Pistone “ratted out” the Bonanno family. For the record, Pistone was not a rat. He was an FBI special agent on offical duty. Hill, on the other hand, was a criminal informant. TIME did not see the distinction between the two.

“They didn’t see the difference between an undercover agent doing his job and an informant, a criminal,” Pistone said. “I get that all the time in interviews and I have to correct them.”

I asked Pistone what he believed his primary accomplishment as an undercover agent and he replied that he was able to show that the mob could be penetrated by law enforcement.

“We broke the myth about the mob being honorable and all these other fantasies.” 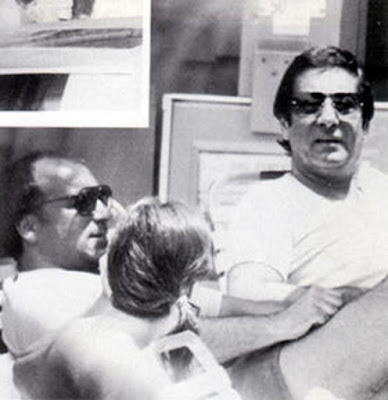 I mentioned the TV program Wiseguy (1987-1990) to Pistone and I said that I truly liked actor Ray Sharkey, who looked and acted like many of the guys I grew up with. The undercover FBI agent in the show, Vinnie Terranova, portrayed by Ken Wahl, came to be fond of Sharkey’s character Sonny. Terranova knew he was a wild and violent criminal and murderer, yet he saw likeable human qualities as well.

I asked Pistone if he, like his TV undercover FBI counterpart, had those same conflicting feelings for any of the mob guys he knew.

“Yeah, it’s funny,” Pistone replied. “I felt that way with Sonny Black Napolitano and even Lefty Ruggiero, who was a hardcore mobster. You see these guys every day for 10-12 hours and you see a side of them with their kids and grandkids. Yet, here is a guy who loves his grandkid, but a half hour later he goes out and whacks a guy he has known for 15 or 20 years.

“This is the subculture and mindset of mob guys,” Pistone said. “One of the questions you’re asked when you get made is would you kill your brother or cousin if you had the contract? The answer has to be yes or you’re out.”

In addition to Donnie Brasco and The Way of the Wiseguy, Pistone has also written another good book on organized crime called Unfinished Business: Shocking Declassified Details From the FBI's Undercover Operations and a Bloodly Timeline of the Fall of the Mafia.

If you’re interested in organized crime, I recommend all three books, as well as the film Donnie Brasco.
Posted by Paul Davis at 1:21 PM