You're a Terrorist, a Murderer, in Prison for Life, Called a Jackal, and You're Concerned About Your Image Now? 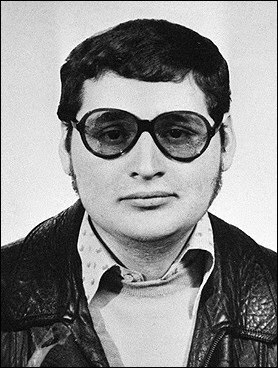 I read an interesting piece in the Washington Post about how Ilich Ramirez is suing a documentary film company over the “intellectual property” rights to his name and “biographical image.”

Ramirez, better known as “Carlos the Jackal,” is a former terrorist and murderer who is currently serving a life sentence in Paris, France for killing two French security agents.

Ramirez was, and apparently remains, an egomaniac. He was a rich, spoiled child who played at being a terrorist. He enjoyed being in the international spotlight in the 1970s and he didn’t mind having to bomb, shoot and kill people to be there.

Although he committed some truly awful criminal acts, this vicious coward was hardly “the most dangerous man in the world,” as some journalists, novelists and film makers made him out to be. He loved and encouraged the over-blown publicity, even adopting the name “Carlos the jackal,” which a reporter called him after finding a copy of Frederick Forsyth’s first-class thriller The Day of the Jackal in his abandoned belongings.

Forsyth’s character was a shadowy, highly efficient, professional assassin. Ramirez was none of these things. Perhaps Frederick Forsyth should sue Ramirez.