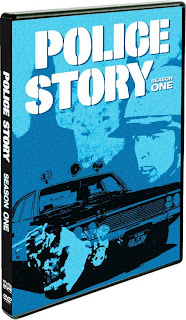 In my first online Crime Beat column in 2002 I wrote about my attending the Philadelphia Police Department’s pilot Civilian Police Academy Program.
I attended the 11-week program as a reporter on assignment for a Philadelphia weekly newspaper and I wrote a 12-part series on police training and operations.
As I noted in my Crime Beat column, the academy instructors sought to disabuse us of our notions of police work gleaned through television.
“It’s not like you see on TV,” was the often heard comment from the police instructors.
“Police recruits are chomping on the bit when they first come here,” one instructor told us. “They want to be just like the cops on TV, but we bring the reins in on them.”
The instructors hated TV cop shows. But there were a couple of shows about cops that cops liked. One was the comedy Barney Miller. Real cops told me they got a kick out of the show.
Another TV program that real cops liked was Police Story, the realistic and gritty anthology series that aired from 1973 to 1978. Joseph Wambaugh, then a working detective sergeant with the LAPD and a best-selling novelist, was the creator and a story consultant on the series, which was produced by David Gerber.
Season one of the innovative TV series is now out on a Shout! Factory DVD.
As a bonus feature, the DVD’s producer, Brian Blum, interviewed Joseph Wambaugh about the origins of the TV series.
“David Gerber contacted me because I was the writing cop,” Wambaugh recalls. “I was an LAPD detective sergeant who had written two best-selling novels, The New Centurions, which became a movie with George C. Scott, and The Blue Knight, which was I think was the first miniseries produced in the United States, with William Holden and Lee Remick. So David thought I would be the ideal person to create the first truly authentic and gritty cop show in the history of television – those were his words.”
Wambaugh said Gerber contacted him in 1972 when he had 12 years of service on the LAPD. He remained a working cop, even though he had published two best-sellers. Wambaugh said that he and his detective partner, Richard Kalk, drove to the Burbank Studios to talk to David Gerber and his team.
Wambaugh and Gerber agreed that they wanted to make an anthology series.
“We would use different actors each week so we can do whatever we wanted to the self-contained drama. If we wanted to kill off the actors, we could kill them off,” Wambaugh explained.
Wambaugh said that their program wouldn’t be a continuing family of actors, as television was used to. They encountered the argument that anthology television was dead, but Wambaugh and Gerber stuck to their guns.
“The stars are no longer as important as the story,” Wambaugh said. “ I’m a writer. I wanted the story to be the star, not the actors. That’s how Police Story was conceived by David and myself.”
Wambaugh noted that in addition to being an innovative, creative, terrific producer, David Gerber was a great salesman, and he sold the idea of Police Story.
I was a fan of the Emmy-Award-winning program during its run on TV in the 1970s and I enjoyed watching the shows again on DVD. Hearing the Jerry Goldsmith theme song and the clever use of the static radio calls from police dispatchers that framed the beginning and end of the drama brought back good memories.
The 6-DVD set offers 21 episodes from the 1973-74 season, including the pilot. The pilot starred several veteran TV actors, including Vic Morrow, who starred in the TV series Combat, Ed Asner from Mary Tyler Moore and Chuck Conners from The Rifleman.
In later shows, Police Story featured other fine actors like Tony Lo Bianco, James Farentino, Angie Dickinson and Kurt Russell.
Like the cops in Wambaugh’s novels, the LAPD officers in Police Story are not super cops or cartoon heroes. They are often average men and women and flawed characters who suffer from divorces, alcoholism and other family and personal issues.
They are human.
That is not to say that Police Story lacks action. The cops chase, hunt and fight the bad guys. The series offers ample gunfights, fistfights and car chases.
But Police Story’s main emphasis was on character.
Clearly, Police Story influenced later award-winning TV police dramas, such as Hill Street Blues, NYPD Blue and Homicide: Life On The Street.

Police Story makes an ideal holiday gift and the DVD makes a fine addition to one’s DVD library.
Posted by Paul Davis at 12:33 AM