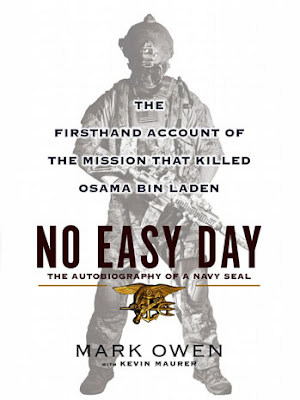 Rowan Scarborough at the Washington Times reports that Obama administration officials already leaked much of the information contained in No Easy Day, an account of the bin Laden raid by a former U.S. Navy SEAL.

The Obama administration has gone to extraordinary lengths to publicize details of the raid that killed Osama bin Laden, even as it threatens to file criminal charges against a former Navy SEAL because he provided the same type of mission rundown in his recently published book.

An examination by The Washington Times shows that several details in the book “No Easy Day” already have appeared in print based on interviews with administration officials and likely will be included in an upcoming movie and another book.