A History Lesson For Jesse Ventura On His Hero Che Guevara 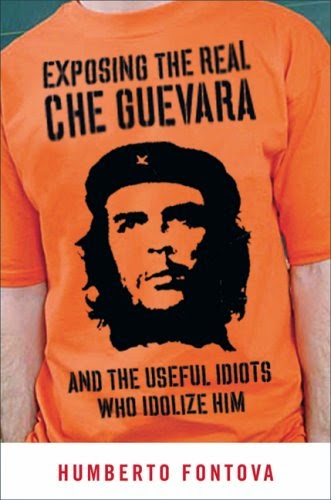 Cuban-American author Humberto Fontova offers a history for Jesse Ventura on his hero Che Guevara in a column at Townhall.com.

“I respect the fact that he would die for his convictions. So a mirror of Che Guevara has a profound place in my house. I’m not the least ashamed to say that when I go to wash my hands I look at Che,” gloats Jesse Ventura.

"The jury saw the evidence,” gloats Jesse Ventura regarding his judicial victory over Chris Kyle’s widow. “And the jury found that I had been defamed….Chris Kyle did lie and Jesse Ventura told the truth. I am a victim here."

“Judicial evidence is an archaic bourgeois detail. We execute (and jail and torture and steal) based on revolutionary conviction.” (Jesse Ventura’s source of daily inspiration, Che Guevara, February 13, 1959.)

Maybe it’s a coincidence that Jesse Ventura draws daily inspiration from a regime that jailed and tortured the most women political prisoners of any regime in the Americas —indeed, that introduced this Stalinist horror to the Western Hemisphere?

You can also read my Counterterrorism magazine interview with Humberto Fontova via the below links:

And you can read my Counterterrorism magazine piece on the hunt for Che Guevara via the below link:

http://www.pauldavisoncrime.com/2013/11/my-piece-on-look-back-at-hunt-and.html
Posted by Paul Davis at 1:54 AM