Elmore Leonard Shoots His Way Into The Library Of America 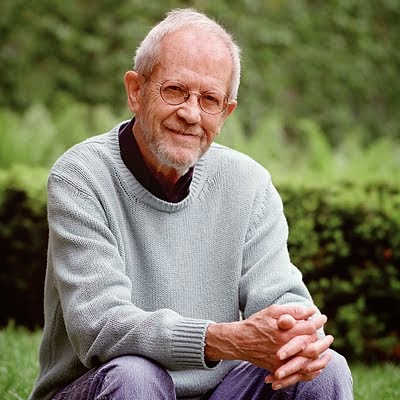 Neely Tucker at the Washington Post offers a piece on the late great Elmore Leonard's novels published by the Library of America.

The new Library of America volume of four Elmore Leonard novels from the 1970s has a winner on just about every page.

From "Fifty-Two Pickup": Harry Mitchell’s lawyer is asking him about his mistress, an affair for which he’s being blackmailed:

“You score that night?”

“Jim, we were having a nice time, that’s all. I didn’t even think about it.”

“Well, when did you start thinking about it?”

“I guess when I saw her without any clothes on.”

See that deadpan thing? In the middle of murderous blackmail?

That’s not easy, brother. Maybe in one line, one book. But to build dozens of violent crime novels based on character, not plot, with a pitch-perfect ear for dialogue, often as funny as it is frightening?
It didn’t do anything less than change (and elevate) the way the modern American crime novel is written, and today Leonard’s influence is everywhere from the films of Quentin Tarantino to FX’s hit series "Justified". The release of the book on which it was based — one year after Leonard died at 87 — coincides with the opening Friday of “Life of Crime," starring Jennifer Aniston and Tim Robbins, which is based on "The Switch," also included in this edition.

... It should serve as a reminder of both the depth and longevity of Leonard’s career that only seven authors have more volumes dedicated to their work by the Library — including Henry James, Mark Twain, Philip Roth, William Faulkner and Edith Wharton. The Library, a nonprofit organization founded in 1979, publishes its distinctive black-jacketed volumes to preserve the nation’s “best and most significant writing.”

Gods of crime and mystery, such as Edgar Allan Poe, Dashiell Hammett and Raymond Chandler, each have two volumes.

“He’s the giant figure who looms in the second half of the 20th century” in crime fiction, says Max Rudin, Library of America’s publisher. “He’s the one who recharged the American crime novel.”