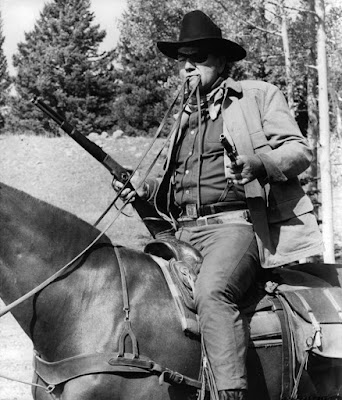 The late, great actor John Wayne is one of my favorite actors and True Grit is one my favorite films.

The Duke won his only Oscar for his portrayal of Rooster Cogburn, an old, rugged and drunk deputy U.S. Marshal.

When I read Charles Portis' True Grit novel I knew the Duke would be perfect as Rooster Cogburn. (Portis can be seen below in a photo with John Wayne). 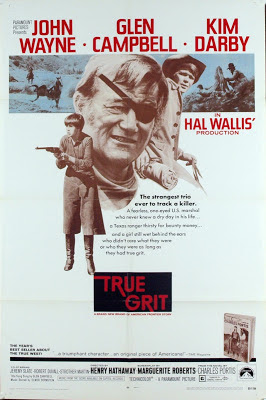 Half a century ago, audiences awaited the premiere of True Grit with some trepidation. After all, its star, John Wayne, had lost a lung to cancer. He’d done movies since, but none as vigorous as this, and his recent film, The Green Berets, had received a tepid-to-terrible reception due to its gung-ho support of the nation-polarizing Vietnam War. Joyously, his fans’ doubts were misplaced. It was a wonderful story, a wonderful film, and Wayne’s performance would earn an Oscar.

True Grit is the story of 14-year-old Mattie Ross’s battle for justice after her father’s murderer escapes into Indian Territory. Mattie hires notoriously tough and disreputable Rooster Cogburn and, joined by Texas Ranger Le Boeuf, they try to bring the killer back to Judge Parker’s court for trial.

When Wayne read Charles Portis’s novel, his Batjac Productions immediately bid for the film rights, only to be outbid by legendary producer Hal Wallis, who four years earlier had produced The Sons of Katie Elder with Wayne! Duke confronted Wallis and learned to his surprise that Wallis had bought it intending for Wayne to star. 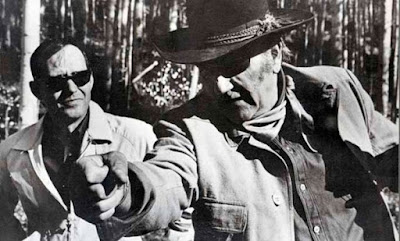 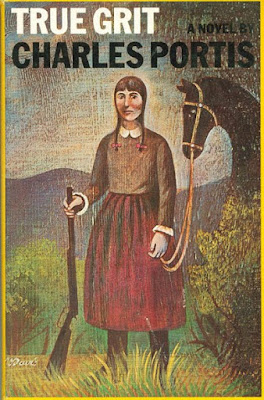