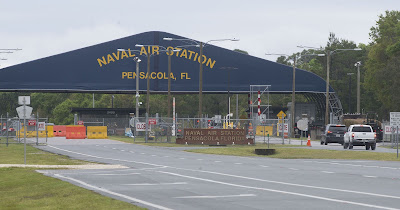 Travis Fedschun at Foxnews.com offers a piece on the shooter at NAS Pensacola.


The Saudi national who fatally shot three sailors at a naval air station in Florida last week unleashed a hail of bullets inside an aviation classroom building as those inside took cover in an assault that unfolded in just a matter of seconds, according to one of the eight people wounded in the attack.


The FBI’s Jacksonville office identified the shooter in a statement Saturday night as Mohammed Alshamrani (seen in the below photo), 21, and released a photo of him. Investigators said he was a 2nd Lt. in the Royal Saudi Air Force and was a student naval flight officer of Naval Aviation Schools Command. 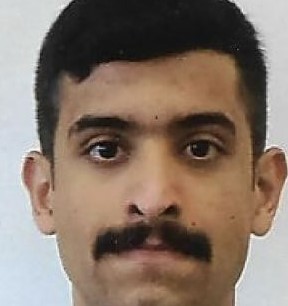 .
Officials investigating the attack are still working to determine whether it was an act of terrorism, while President Trump said Saturday that the U.S. would “immediately” conduct a review of the training procedures and pledged to “get to the bottom” of what happened.

https://www.foxnews.com/us/nas-pensacola-saudi-gunman-shot-through-door-navy-gunfire
Posted by Paul Davis at 10:10 AM