My Crime Fiction: Twas A Crime Before Christmas: My Interview With Santa Claus 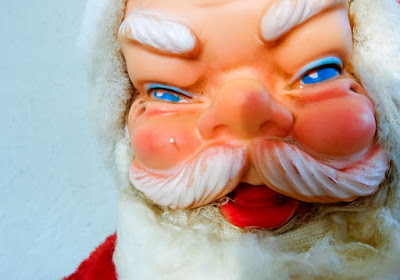 As the Christmas season is here once again, I'd like to offer my short story, Twas a Crime Before Christmas, which originally appeared in The Orchard Press Online Mystery Magazine in 2009.

Twas a Crime Before Christmas: My Interview with Santa Claus


Santa also said that home burglar alarms has made his surreptitious entry, via the fireplace, most difficult. When he slides down the chimney, he sets off alarms, which wakes the household and brings the police.

Santa said he discovered who the crooks were, and he tipped the police off. He also plans to leave the crooks lumps of coal in their stockings, which will be hung with care in the local jail.

“Don’t they know I’m watching?” Santa asked.” I know when they have been naughty or good. My surveillance techniques are finer than the FBI’s.”

Note: With apologies to Clement C. Moore and my best wishes for a Merry Christmas and a Happy New Year to all.

Labels: My crime fiction, Twas a Crime Before Christmas: My Interview With Santa Claus