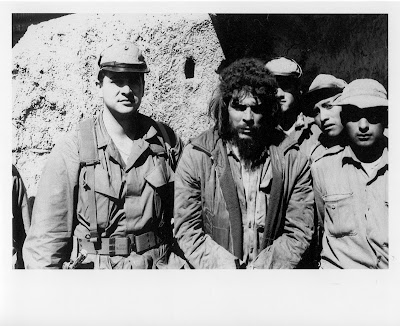 Miami, Fla. — Felix Rodriguez seems fated to be linked to Che Guevara. This is not entirely just. Rodriguez loves freedom, and has worked tirelessly for it; Guevara loved tyranny, and worked tirelessly for it. “Two sides of the same coin,” some people say. Maybe — but only in the way that light and dark are two sides of the same coin. Rodriguez had a role in stopping Guevara. He was there, in the Bolivian mountains, in 1967. He was the last person to talk with Guevara — a man who did so much to tyrannize the country where Rodriguez was born, Cuba.

The story of Guevara’s last day has been told many times, in many ways. Rodriguez told it in his 1989 memoir, Shadow Warrior. It is told in a book published earlier this year, Daybreak at La Higuera, by Rafael Cerrato, a Spaniard. La Higuera is the village where Guevara met his end. Cerrato’s main sources for the book are Rodriguez, who was working for the Central Intelligence Agency, and Dariel Alarcón Ramírez, whose nom de guerre was Benigno. A Cuban, Benigno was Guevara’s lieutenant in Bolivia. He was also a member of Fidel Castro’s inner circle. He defected in 1996 — and now he and Rodriguez are friends.

You can also read my Washington Times review of Hunting Che, in which Felix Rodriguez is a major character, via the below link:

Note: The above photo appears courtesy of Felix Rodriguez.