Bond Is Back, In William Boyd's New Novel 'Solo' 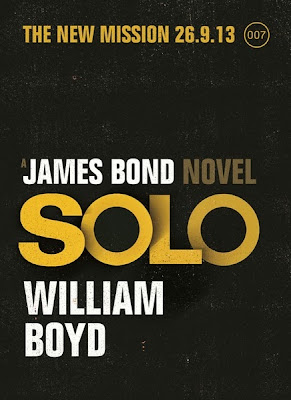 William Boyd has left James Bond stirred, if not shaken.


The British writer has taken on the fictional spy in "Solo," a new 007 novel that balances fidelity to Ian Fleming's iconic character with subtle changes.
Bond fans will find much they recognize, along with some surprises — one of which is that in Boyd's mind, James Bond looks like Daniel Day-Lewis.
Boyd says Fleming once described the spy as "looking like the American singer-songwriter Hoagy Carmichael. Daniel Day-Lewis looks like Hoagy Carmichael."
"Solo" is set in 1969, and takes the suave British spy from London's plush Dorchester Hotel to a war-ravaged West African country and on to Washington on a perilous lone mission.
Boyd steers Bond away from his big-screen action-hero image and back toward the complex and conflicted character of Fleming's novels.
"Even though he's this handsome superspy, when you read the books you realize that he's haunted," Boyd told The Associated Press on Wednesday.
"He's not a cartoon character. Fleming gave him all his traits, his tastes, his likes and dislikes — and his complexes. Bond has a dark side. He's troubled sometimes. He weeps quite easily. And he makes mistakes. That's what's so interesting about him."
You can read the rest of the piece via the below link:
http://abcnews.go.com/Entertainment/wireStory/bond-back-20365908
Note: I agree that a younger Daniel Day-Lewis fits Ian Fleming's description of the Bond character, certainly far better than Daniel Craig, but at 54, he is perhaps a bit too old to slap on the Walther PPK.

Still, he is a great actor and I'd like to see him portray Bond.
Also, Vesper Lynd in the novel Casino Royale tells Rene Mathis that Bond resembles Hoagy Carmichael, and he tells Bond. Bond later looks in the mirror and mutters to himself, "Not much Hoagy Carmichael there."
Posted by Paul Davis at 2:23 AM