Before There Was A Tony Soprano, There Was Richie The Boot, Sam The Plumber And Vinny Ocean. Jersey's Real-Life Sopranos 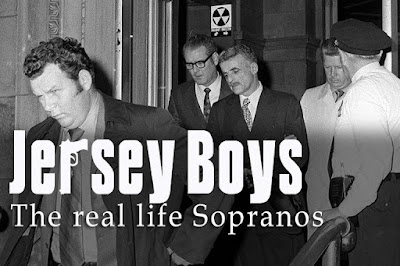 David Chase, who brought to life the fictional tale of a New Jersey crime family in “The Sopranos,” has a new story to tell.


Said to be a prequel to his HBO series of mob boss Tony Soprano, “The Many Saints of Newark," is set in the 1960s, during the Newark riots. It is right around the time there was a real godfather by the name of Ruggerio “Richie the Boot” Boiardo, who many believe inspired “The Sopranos.”


He was no saint.


Back in the 1960s and 70s, Boiardo was a ruthless and feared mob boss operating out of Newark. He had his hands in everything from gambling and loansharking to politics and labor unions, and had his hooks into the administration of Democratic Mayor Hugh J. Addonizio, who would be ultimately taken down in a major federal corruption investigation.


An associate of the Genovese crime family, the Boot was believed he was the model for the character Don Vito Corleone in Mario Puzo's book The Godfather.


But there are obvious nods to the Boiardo’s life that show up in the world of Tony Soprano.


Boiardo lived on an estate in suburban Livingston in a custom-build mansion that Life magazine once described as “'Transylvania traditional.” Tony lived in suburban North Caldwell, where he ambled down the long driveway in the morning to get The Star-Ledger.


The Boot’s top enforcer was a lieutenant known Big Pussy. His son, Anthony, was referred to as Tony Boy. Tony’s guy was Salvatore "Big Pussy" Bonpensiero.

But Boiardo may not have been the only Jersey guy to spark the characters created by Chase. There are those who believe Vincent “Vinny Ocean” Palermo was the prototype for Tony Soprano.


In fact, New Jersey has a long history of being married to the mob. 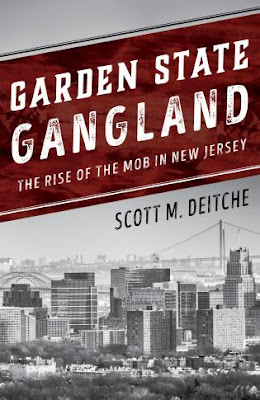 You can also read my Washington Times review of Garden State Gangland via the below link: