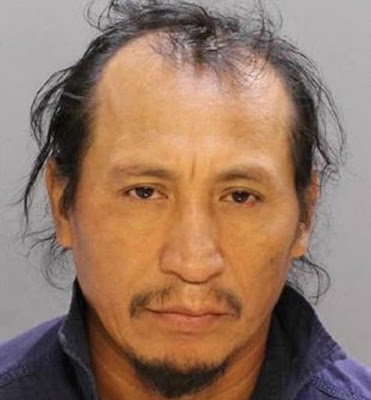 The City of Philadelphia thereafter chose not to comply with a detainer lodged by ICE for Ramon-Vasquez, who was instead released from custody by the Philadelphia Department of Prisons.  After his release, Ramon-Vasquez proceeded to repeatedly rape a young child.  The defendant is currently serving a sentence of 8 to 20 years in state prison for the rapes.

“The facts of this case illustrate all too well the direct threat to public safety caused by the City of Philadelphia’s sanctuary city policies,” said U.S. Attorney McSwain.  “After the City let this criminal loose on the streets of Philadelphia, Ramon-Vasquez repeatedly raped an innocent child.  If the ICE detainer had been honored by local law enforcement, this crime never would have happened, and the victim would have been spared horrendous physical and mental trauma.  Criminals like Ramon-Vasquez take note: my Office will do everything in its power to find you, to protect our community, and to seek justice for your victims.  Unlike the Philadelphia government, we are not on your side.”

“ICE attempted to remove Ramon-Vasquez once before in March 2014, but the City of Philadelphia refused to honor our detainer and he was released back into the community, said Simona L. Flores, field office director for ERO Philadelphia. “Today’s sentencing is a testament to ICE and the U.S. Attorney’s Office for the Eastern District of Pennsylvania’s resolve to seek out, arrest, charge and remove dangerous criminals like Ramon-Vasquez who pose a serious threat to our community.”

The case was investigated by ICE’s Enforcement and Removal Operations and is being prosecuted by Assistant United States Attorney Josh Davison.
Posted by Paul Davis at 11:04 AM