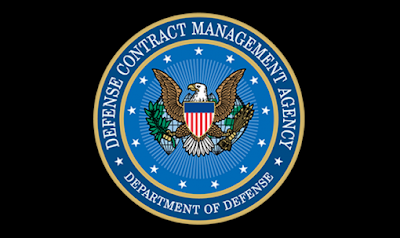 For many years I was a Defense Department civilian employee doing security work for the Defense Contract Management Agency (DCMA) in Philadelphia, so the press release from the U.S. Attorney’s Office Southern District of California was of interest to me.

You can read the U.S. Attorney’s Office’s release below:

SAN DIEGO – Kevin Lee of Chula Vista pleaded guilty in federal court today to using his position at the Defense Contract Management Agency (“DCMA”) to steal the identities of at least 37 individuals and using those identities to commit over $240,000 in bank and loan fraud.

DCMA is a federal agency responsible for administering contracts for the Department of Defense and other authorized federal agencies. For his former position at DCMA, Lee held a Top Secret, Sensitive Compartmentalized Information (TS-SCI) clearance. Beginning in approximately September 2018 and continuing up to and including September 2020, Lee devised a scheme to defraud various banks and loan companies by using stolen identities to apply for and obtain loans, which he then used to pay personal debts and bills.

According to his plea agreement, Lee initially used the identities of family members to apply for and obtain fraudulent loans.  In approximately September 2019, Lee began applying for loans and bank accounts using information he had access to as a result of his employment at DCMA.  Specifically, Lee accessed a DCMA Sharepoint site called DCMA 360 that contained personal identifying information belonging to various individuals employed by, or in some way in contact with, DCMA, including Department of Defense employees and contractors.

The plea agreement said the following:

The information Lee accessed included social security numbers, birth dates, addresses, and various forms relating to government employment. After collecting sufficient personal identifying information on an individual, Lee used that information to apply for bank accounts and loans online.  To do so, Lee created fraudulent identification documents using the stolen information, including driver’s licenses and passports.  Lee additionally created and/or doctored pay stubs, bank statements, and tax documents to support his loan applications.  In order to qualify for more loan money, Lee fraudulently increased the salary reflected on some of the documents.  Lee created false email accounts for some of the stolen identities, and used various Google voice phone numbers to accomplish his fraud.

“Government employees hold positions of public trust,” said U.S. Attorney Randy S. Grossman.  “The identity theft and fraud in this case is particularly egregious because Mr. Lee violated that public trust for his own selfish ends.  Those who engage in fraud and identity theft will be prosecuted to the full extent of the law.”  Grossman thanked the prosecution team as well as Defense Criminal Investigative Service and

Defense Contract Management Agency-Office of Inspector General for their excellent work on this case.

“The theft of personally identifiable information can significantly harm our military service members, civilian employees, and their families,” said Kenneth A. DeChellis, Special Agent in Charge, DoD Office of Inspector General, DCIS - Cyber Field Office.  “This conviction, resulting from the coordinated actions of the Department of Defense Office of Inspector General, Defense Criminal Investigative Service, Cyber and Western Field Offices, as well as our partner agencies, demonstrates our commitment to swift action against those who attempt to enrich themselves at the expense of our current and prior Department of Defense personnel.