My Washington Times On Crime Column On 'Damascus Station,' A Realistic Spy Thriller About CIA Operations In The Tumultuous Middle East 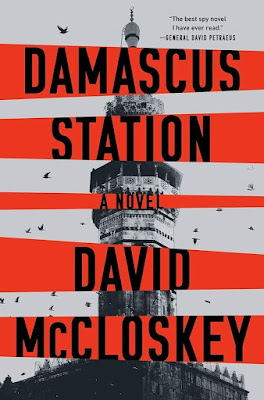 The Washington Times published my On Crime column on Damascus Station, a realistic spy thriller written by David McCloskey (seen in the bottom photo), a former CIA officer.

I reached out to Mr. McCloskey and asked him if presenting a realistic portrayal of the CIA was one of his reasons for writing the spy novel.

“The novel certainly aims for authenticity. This isn’t a shoot ’em up spy story. I wanted a real CIA case officer as the protagonist and, within reason, I wanted this to be a bit of a CIA ‘procedural,’ to bring to life the real world of intelligence, from its operations to its bureaucracy,” Mr. McCloskey replied. “I was struck while at the Agency at just how dramatic and intriguing the real-world business of intelligence could be, particularly the development and recruitment of human assets. The actual business of spying, it turned out, made a solid foundation for a spy novel. In it I found fertile ground for exploring the full gamut of human emotion and experience, and, of course, the opportunity to inject action and intrigue to make the plot propulsive.”

“That said, there are several spots in the book where I did ultimately sacrifice authenticity either to protect sensitive Agency tradecraft or where I thought it might weaken the storytelling,” he continued. “For example, there is a sequence in which CIA bomb techs test their work on cadavers. I had help creating my fictional bombs from a couple EOD techs, and when they read this part they said, ‘this is totally insane, the U.S. government would never do this.’ I said, I get it, but this is too fun, too cinematic to cut. I left it in.”

You can read the rest of the column via the below link or the below page: 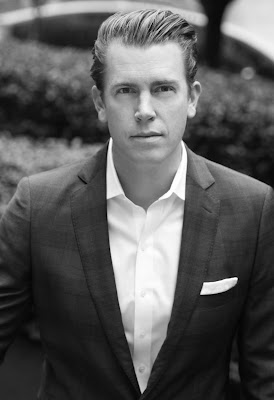