My On Crime & Security Column: Take Steps To Avoid The Violent Crime Of Carjacking 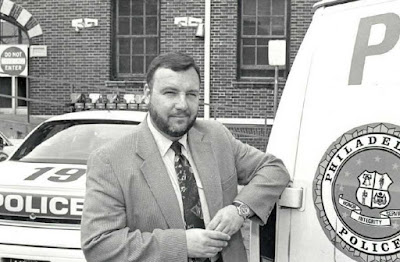 With carjacking on the rise in Philadelphia, Police Commissioner Outlaw has announced that she is committing additional resources to curb the trend of the violent crime.

Back in 2010, I wrote a column on carjacking for small business owners, but the information and crime prevention tips apply to all.

You can read my column below:

Carjacking is a crime that can end not only in the destruction of property, but also injury or loss of life. Here are things you can do to protect yourself from would-be carjackers.

For many small business owners, a car is as essential a tool as a computer.

In past columns, I’ve covered how car thieves can strip a parked car of its parts in less than five minutes, and I interviewed a police captain about thieves who break into parked cars and steal valuables.

In this column, I’d like to cover carjacking, which is a far greater crime as it involves an armed criminal and often the victim is terrorized, hurt or killed.

One story that illustrates the violent nature of carjacking occurred on Galveston Island in Texas last week. According to reports of the incident, a woman was sitting in the passenger side of an idling car when a man armed with an ax stepped into the driver’s seat and took off. The man would not let the woman out of the car and he threatened to kill her with the ax.

This story might have ended in tragedy had the carjacker not crashed into another car. As a result of the crash, the carjacker was trapped in the car. Local firefighters pulled the man out. Local police officers arrested him. The woman was unharmed.

In Atlantic City back in May, another victim of carjacking was not so fortunate.

The family of Martin Caballero, 47, pleaded with the public to help find their loved one after Caballero disappeared on May 21st from the Trump Taj Mahal casino parking lot just minutes just minutes after arriving. He traveled to Atlantic City to help celebrate his daughter’s birthday.

A day earlier the Atlantic County Prosecutor Ted Housel charged Kisby and Arno with the carjacking and kidnapping of Caballero. Housel stated he believed the victim did not know his attackers. The carjacking was a random crime.

Police officers and security experts say carjacking is preventable if one stays alert to their surroundings and follows the below security steps:

The best defense against a carjacking is having more than one person in the car. Another essential defensive tool is a working cell phone with a charger.

I bought my wife and daughter a large, heavy, tactical flashlight, which they keep beside the driver’s seat in their cars. It is good to have a working flashlight in the car if you need light, and the flashlight doubles as a club if you need to slam it on the hand of someone reaching into your car to harm you.

Business people out on the road can be distracted with thoughts of business, but one should always remain alert and aware of the surroundings. This is the best defense against carjacking.