70% Of Philadelphians Believe Public Safety Is The Most Important Issue Facing The City, Poll Finds 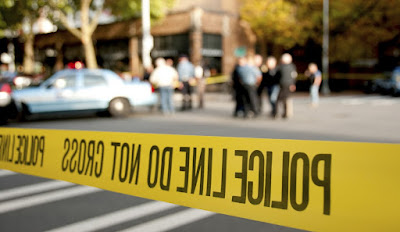 Anna Orso at the Philadelphia Inquirer reports on a recent poll that states that crime, drugs and public safety is the number one issue for 70 percent of Philadelphians.

More than half of Philadelphia residents do not feel safe in their neighborhoods at night, two-thirds have heard gunshots in the last year, and an overwhelming majority see public safety as the biggest issue facing the city.

That’s according to a new report by the Pew Charitable Trusts, which surveyed 1,541 Philadelphians in January on issues related to crime, policing, and the twin impacts gun violence and COVID-19 have had on residents’ outlook. It was conducted after 2021 saw record numbers of people killed or injured by gunfire.

Among Pew’s starkest findings was that the number of residents who said crime, drugs, and public safety was the No. 1 issue — about 70% — has increased by 30 percentage points compared with August 2020, the last time Pew conducted such a survey. It’s the highest percentage any topic has received since Pew started polling more than a decade ago, said Katie Martin, senior manager of the Pew Charitable Trusts’ Philadelphia research and policy initiative.

70% of Philadelphians believe public safety is the most important issue facing the city, poll finds (inquirer.com)