A Little Humor: Rodney Dangerfield Was Quick On His Feet 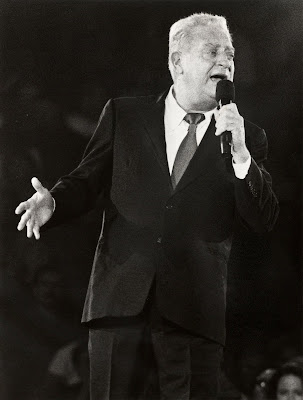 Someone on Facebook told a funny story about one of my favorite comedians, Rodney Dangerfield.

Some years ago, when the late Rodney Dangerfield was doing his act at Dangerfield's, his New York City nightclub, he saw an entire table of people get up and start to walk out in the middle of his act.

Ever quick on his feet, Dangerfield commented on the group walkout as they made a scene parading through the audience on the way out the door of the club.

"Oh, look. I’m getting a standing ovation," Dangerfield said into his mic. "Only it’s moving."

He was a funny guy.