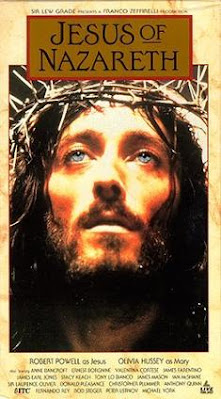 My wife and I watched part one of Franco Zeffirelli's Jesus of Nazareth tonight.

The brilliant 1977 TV series, co-written by Zeffirelli, Suso Cecchi d' Amico and novelist Anthony Burgess, starred Robert Powell as Jesus. The series also has a fine supporting cast with some of the world's best actors.

We'll probably watch the rest of the series tomorrow after a family dinner.

We've seen the series before, but it is worth watching again after several years.