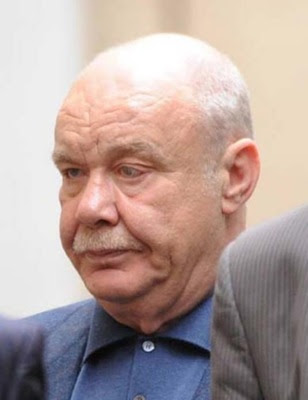 The FBI, in partnership with the U.S. Department of State’s Transnational Organized Crime (TOC) Rewards Program, announced today a reward of up to $5 million for information leading to the arrest and/or conviction of Semion Mogilevich, wanted for his alleged participation in a scheme that defrauded thousands of investors out of more than $150 million.

Mogilevich was federally indicted in the Eastern District of Pennsylvania, Philadelphia, Pennsylvania, in 2002 and 2003. The charges against him include racketeering, securities fraud, wire fraud, mail fraud, and money laundering.

The indictments allege that between 1993 and 1998, Mogilevich headed and controlled the Mogilevich Enterprise, an association which consisted of numerous individuals and a network of companies in more than 20 different countries that orchestrated a sophisticated scheme to defraud investors in stock. The scheme was allegedly funded and authorized by Mogilevich. This complex network of corporations was set up to create the illusion of a profitable international business.

Semion Mogilevich is described as a white male, 5’6” to 5’7”, 290 pounds, balding, with gray hair and green eyes. He was born on June 30, 1946, in Kyiv, Ukraine, but also uses July 5, 1946, as an alias date of birth. Mogilevich has Russian, Ukrainian, and Israeli passports. His current residence is believed to be in Moscow, Russia.

The U.S. Attorney’s Office for the Eastern District of Pennsylvania and the Justice Department’s Organized Crime and Gang Section (OCGS) of the Department’s Criminal Division are prosecuting the case.

Individuals with information on Mogilevich that could be helpful to investigators are asked to contact the FBI at 1-800-CALL-FBI, via WhatsApp (neither a government-operated nor government-controlled platform) at 215-839-6844, or online at tips.fbi.gov. All identities are kept strictly confidential.