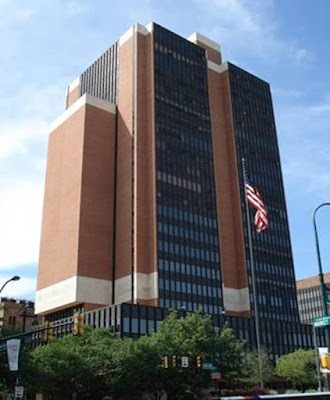 PHILADELPHIA – United States Attorney Jennifer Arbittier Williams, together with federal, state and local law enforcement officials, announced that six defendants were arrested and charged with federal carjacking and other violent crimes in connection with incidents that occurred in Philadelphia and its surrounding counties:

The carjacking victims in these three separate incidents were caught off guard while on the phone sitting in their parked vehicles or filling their gas tank.

The defendants allegedly used a privately-made “ghost” gun to carjack the victim in the rear parking lot of a retail store along Baltimore Pike in Springfield. The defendants fled from the police, leading officers on a high-speed car chase through Delaware County before crashing into another motorist’s car, who suffered severe, life-threatening injuries including broken bones and significant head trauma.

The second carjacking incident occurred while the victim was sitting in his parked car waiting for a parking space to open. The victim and two offenders exchanged gun fire and the victim sustained serious injuries including severed arteries, shattered bones, and bullets lodged near internal organs.

The carjacking incidents occurred after victims posted their vehicles for sale on Facebook Marketplace and were contacted by an account claiming to have an interest in purchasing the vehicles.

The carjacking incidents occurred while the first victim was waiting for a train, and while the second victim was parked at a gas station.

Additionally, and as previously announced, in February 2022, Alex Fernandez-Pena and Juan Jose Rodriguez were charged by Indictment with carjacking and brandishing a firearm during a crime of violence stemming from their alleged involvement in a carjacking incident of a rideshare vehicle earlier this year in the Parkside section of Philadelphia, during which the victim shot both defendants while they tried to flee. These arrests bring the total number of carjacking suspects taken into federal custody in the last several weeks in the Eastern District of Pennsylvania up to eight.

The swift action to investigate and federally charge these defendants is the result of the newly formed Philadelphia Carjacking Task Force, which is comprised of members of the U.S. Attorney’s Office Violent Crime Unit; the Federal Bureau of Investigation; the Bureau of Alcohol, Tobacco, Firearms and Explosives; and the Philadelphia Police Department. The goal of the Taskforce is to stem the wave of armed carjackings and violent crimes through investigative and enforcement techniques meant to identify and refer for federal prosecution all who terrorize innocent victims through commission of these offenses within Philadelphia and surrounding areas.

“It has been nearly a year since we launched our ‘All Hands On Deck’ initiative, and in that year our Office and our federal partners have doggedly pursued every opportunity to support the Philadelphia Police Department, which now includes the recently-created joint carjacking task force,” said U.S. Attorney Williams. “I have said repeatedly that if you commit a violent offense like a carjacking at gunpoint, federal authorities are coming for you. In just weeks we have arrested and charged eight people, and there’s much more to come.”

“The rash of carjackings we’ve seen in and around Philadelphia is unacceptable,” said Jacqueline Maguire, Special Agent in Charge of the FBI’s Philadelphia Division. “That’s why this task force is united in our efforts to find those responsible and get them off the street. The potential penalties for federal carjacking charges are severe, so if people want to keep committing these crimes, they should know that the carjacking task force will make it a priority to put them in cuffs and behind bars for a good long time. We simply won’t stand for criminals terrorizing innocent people like this.”

“These indictments exemplify the strength of our newly established carjacking task force,” said Matthew Varisco, Special Agent in charge of ATF’s Philadelphia Field Division.“Over the past year we have witnessed a spike in carjackings throughout the Commonwealth, and the announcement of these indictments should send a clear message to those who are thinking about committing violent acts.  The public should know we are working closely together with our local, state, and federal partners to seek justice for those responsible for these types of crimes.”

“There are far too many in this city who think that they can commit violent crimes with impunity, and that law enforcement will sit idly by while our communities are traumatized,” said Philadelphia Police Commissioner Danielle Outlaw. “These latest arrests prove yet again that criminal behavior will not be tolerated, and sends the message that if you’re doing wrong, if you’re engaging in illegal activities, the PPD along with our local, state, and federal law enforcement agencies will find you, arrest you, and you will be charged to the fullest extent of the law.”

“Carjackings are dangerous, violent acts that strike fear into our communities and threaten public safety,” said Pennsylvania Attorney General Josh Shapiro. “We will continue to share available intel to collaborate with our law enforcement partners so we can use every resource available to hold individuals who commit these crimes accountable. I’m thankful for the hard work of the agents in our office, as well as our local, state, and federal partners in this important task force.”

If convicted, each defendant faces a maximum possible sentence of life in prison, as well as a mandatory minimum sentence of seven years in prison.

These cases were investigated by the Bureau of Alcohol, Tobacco, Firearms, and Explosives; the Federal Bureau of Investigation; and the Philadelphia Police Department; with assistance from the Pennsylvania Office of Attorney General; and are being prosecuted by Assistant United States Attorneys Kelly Fallenstein, Justin Oshana, Robert Eckert, Jeanette Kang, Michael Miller and Special Assistant United States Attorney Sandy Urban.

An indictment, information, or criminal complaint is an accusation.  A defendant is presumed innocent unless and until proven guilty.