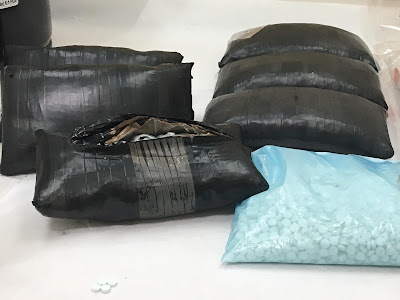 Broad + Liberty posted my piece on the DEA seizures of the deadly drug fentanyl in 2022. 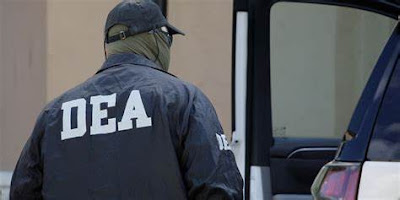 As children in the Philadelphia area rejoice over the gifts they believe Santa has left them, there are sadly other gifts left here about which no one should rejoice.

I’m not speaking of the proverbial coal left in the stockings of bad boys and girls, but rather of the deadly drug fentanyl that Mexico, with a little help from China, has given to Philadelphia and other parts of the country.

According to the DEA, fentanyl is the deadliest drug threat facing this country. Fentanyl is a highly addictive man-made opioid that is 50 times more potent than heroin. Just two milligrams of fentanyl, the small amount that fits on the tip of a pencil, is considered a potentially deadly dose.

“In the past year, the men and women of the DEA have relentlessly worked to seize over 379 million deadly doses of fentanyl from communities across the country,” said DEA Administrator Anne Milgram. “These seizures – enough deadly doses of fentanyl to kill every American – reflect DEA’s unwavering commitment to protect Americans and save lives, by tenaciously pursuing those responsible for the trafficking of fentanyl across the United States. DEA’s top operational priority is to defeat the two Mexican drug cartels—the Sinaloa and Jalisco Cartels—that are primarily responsible for the fentanyl that is killing Americans today.”

The DEA stated that most of the fentanyl trafficked by the Sinaloa and the Jalisco New Generation Cartel (CJNG) cartels is being mass-produced at secret factories in Mexico with chemicals sourced largely from China.

Back in 2021, the DEA issued a Public Safety Alert on the widespread drug trafficking of fentanyl in the form of fentanyl-laced, fake prescription pills.

“The Drug Enforcement Administration warns the American public of the alarming increase in the lethality and availability of fake prescription pills containing fentanyl and methamphetamine. International and domestic criminal drug networks are mass-producing fake pills, falsely marketing them as legitimate prescription pills, and killing unsuspecting Americans,” the DEA safety alert stated. “These counterfeit pills are easy to purchase, widely available, and often contain deadly doses of fentanyl. Pills purchased outside of a licensed pharmacy are illegal, dangerous, and potentially lethal. This alert does not apply to legitimate pharmaceutical medications prescribed by medical professionals and dispensed by pharmacists.”

According to the DEA, they seized more than double the amount of fentanyl-laced, fake prescription pills in 2022 that it seized in 2021. DEA also seized nearly 131,000 pounds of methamphetamine, more than 4,300 pounds of heroin, and over 444,000 pounds of cocaine.

The DEA has also created a “Faces of Fentanyl” memorial to commemorate the lives lost from fentanyl poisoning. You can submit a photo along with the name and age of a loved one lost to fentanyl to fentanylawareness@dea.gov.

“The Drug Enforcement Administration ensures the safety and health of the American public by fighting against violent criminal drug networks and foreign cartels trafficking in illicit drugs. To accomplish that mission, the Drug Enforcement Administration employs approximately 10,000 men and women throughout the world – Special Agents, diversion investigators, intelligence analysts, and chemists – across 239 domestic offices in 23 U.S. divisions and 91 foreign offices in 68 countries.”

“Pharmaceutical pills such as oxycodone products, Xanax, and Adderall are very effective in helping people to manage pain, anxiety, and hyperactivity. However, there is also a lucrative illicit market for this illegal diversion of these same pills,” Trainor told me. “What is of concern to us at DEA are the public health and safety implications of people who think they are taking a legitimately produced pill could in fact be exposed to a lethal dose of illicit fentanyl.”

I hope at the very least, Santa left lumps of coal in the stockings of the deadly fentanyl drug traffickers.

Paul Davis is a Philadelphia writer who covers crime.