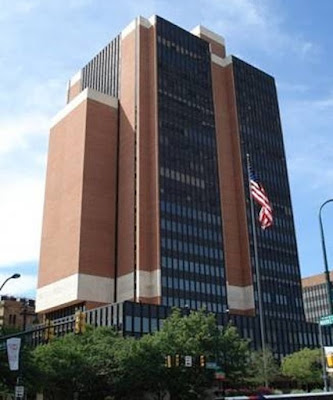 PHILADELPHIA – U.S. Attorney Jacqueline C. Romero, together with Associate Attorney General for the Department of Justice Vanita Gupta, U.S. Attorneys for the Districts of New Jersey, Colorado and Eastern New York, and representatives from the DEA and Justice Department’s Civil Division’s Consumer Protection Branch, announced that the Department of Justice filed a civil complaint today alleging that AmerisourceBergen Corporation and two of its subsidiaries, AmerisourceBergen Drug Corporation and Integrated Commercialization Solutions, LLC (together “AmerisourceBergen”), collectively one of the country’s largest wholesale pharmaceutical distributors and one of the largest companies in America by revenue, violated federal law in connection with the distribution of controlled substances to pharmacies and other customers across the country, thereby contributing to the prescription opioid epidemic.

The complaint alleges that this unlawful conduct resulted in at least hundreds of thousands of violations of the Controlled Substances Act (CSA). The Justice Department seeks civil penalties and injunctive relief.

“Companies like AmerisourceBergen that sell controlled substances across the country have a significant responsibility to ensure that their product is handled appropriately and that they comply with their federal legal obligations,” said U.S. Attorney Romero. “The allegations against AmerisourceBergen are disturbing, especially for a company that is headquartered only a few miles from neighborhoods in Philadelphia devastated by the opioid epidemic. This lawsuit sends a strong message to the community that companies who fail to comply with their controlled substance legal obligations will be held accountable.”

“The Department of Justice is committed to holding accountable those who fueled the opioid crisis by flouting the law,” said Associate Attorney General Vanita Gupta. “Companies distributing opioids are required to report suspicious orders to federal law enforcement. Our complaint alleges that AmerisourceBergen—which sold billions of units of prescription opioids over the past decade—repeatedly failed to comply with that requirement.”

“AmerisourceBergen, one of the largest wholesale distributors of opioids in the world, had a legal obligation to report suspicious orders to the Drug Enforcement Administration, and our complaint alleges that the company’s repeated and systemic failure to fulfill this simple obligation helped ignite an opioid epidemic that has resulted in hundreds of thousands of deaths over the past decade,” said DEA Administrator Anne Milgram. “The men and women of the DEA will stop at nothing to hold accountable registrants that fail to uphold their responsibility of saving American lives by filing suspicious order reports.”

Pharmaceutical distributors that sell controlled substances, including AmerisourceBergen, have a longstanding legal obligation to monitor the orders that they receive from pharmacies and other customers and must inform the Drug Enforcement Administration (DEA) each and every time they receive a suspicious order.

The complaint filed in the U.S. District Court for the Eastern District of Pennsylvania alleges that over the course of nearly a decade, from 2014 through the present, AmerisourceBergen violated the CSA by failing to report at least hundreds of thousands of suspicious orders of controlled substances to the DEA as required by law. The alleged unlawful conduct includes filling and failing to report numerous orders from pharmacies that AmerisourceBergen knew were likely facilitating diversion of prescription opioids. Today’s filing is the result of a multi-year investigation by the DEA, the Civil Division’s Consumer Protection Branch and several U.S. Attorneys’ Offices.

“For years, AmerisourceBergen put its profits from opioid sales over the safety of Americans” U.S. Attorney for the District of New Jersey Philip R. Sellinger said. “According to the Complaint, this was part of a brazen, blatant, and systemic failure by one of the largest companies in America to comply with its obligations to report suspicious opioid orders, contributing to the epidemic of opioid abuse throughout this country.”

“AmerisourceBergen, a wholesale drug distributor, flagrantly and repeatedly violated its obligation to notify DEA of suspicious orders for controlled substances, which directly contributed to the epidemic of prescription opioid abuse across the United States,” stated U.S. Attorney for the Eastern District of New York Breon Peace.

“When drug distributors like AmerisourceBergen fail to alert the DEA of suspicious orders of prescription drugs by pharmacies, they shirk a key obligation in dealing with addictive drugs that can end lives. This complaint makes clear that the Department of Justice will continue to hold accountable corporations that disregard the public’s safety for their own profit,” said U.S. Attorney for the District of Colorado Cole Finegan.

The government’s complaint specifies several pharmacies for which AmerisourceBergen allegedly was aware of significant “red flags” suggesting the existence of diversion of prescription drugs to illicit markets. The complaint asserts that AmerisourceBergen nevertheless continued to distribute drugs to the pharmacies for years and reported few suspicious orders to the DEA. The five examples include: two pharmacies, one in Florida and one in West Virginia, for which AmerisourceBergen knew the drugs it distributed were likely being sold in parking lots for cash; a New Jersey pharmacy that has pleaded guilty to unlawfully selling controlled substances; another New Jersey pharmacy whose pharmacist-in-charge has been indicted for drug diversion; and a Colorado pharmacy that AmerisourceBergen knew was its largest purchaser of oxycodone 30mg tablets in all of Colorado. The government further alleges that for this Colorado pharmacy, AmerisourceBergen specifically identified eleven patients as potential “drug addicts” whose prescriptions likely were illegitimate. Two of those patients subsequently died of overdoses.

The complaint further alleges that AmerisourceBergen not only ignored red flags of diversion, but also relied on internal systems to monitor and identify suspicious orders that were deeply inadequate, both in design and implementation. These systems allegedly flagged only a tiny fraction of suspicious orders, thereby enabling diversion and AmerisourceBergen’s failure to report orders it was legally obligated to identify to the DEA. In fact, the complaint asserts that in the midst of the opioid epidemic, AmerisourceBergen intentionally altered its internal systems in a way that reduced the number of controlled substances reported as suspicious. Even for the small percentage of orders that AmerisourceBergen did identify as suspicious, the company routinely failed to report them to the DEA.

The government’s complaint alleges that for years AmerisourceBergen flouted its legal obligations and prioritized profits over the well-being of Americans.

The claims made in the complaint are allegations that, if the case were to proceed to trial, the government must prove by a preponderance of the evidence.