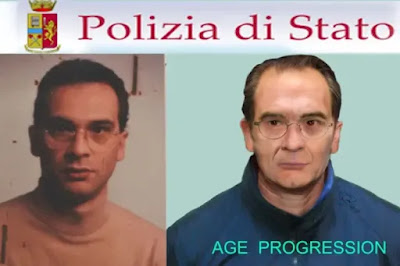 The New York Post reports that Italy has captured their number one fugitive, convicted Mafia boss Matteo Messina Denaro (seen in the above photo).

He was arrested on Monday at a private clinic in Palermo, Sicily, after 30 years on the run, according to the Italian paramilitary police.