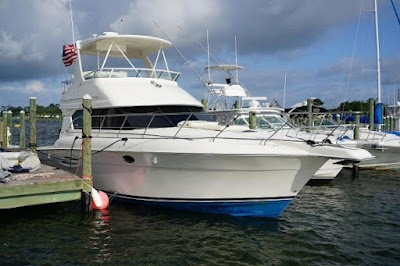 Back in 2009, I called the bold bank robbers in South Philadelphia the 'Cook Crooks' in my crime column in the local paper.

I called them the Cook Crooks, as the armed bank robbers wore a mask and a tall, white and pleated chef’s hat as they held up bank employees at gunpoint in a series of bank robberies in South Philadelphia.

I interviewed FBI Supervisory Special Agent Michael Virgillo at the time, as he headed up the task force committed to capturing the armed criminals. He agreed that the chef’s hat threw off witnesses.

“They all described the chef hats in great detail, but they could not describe anything else about the bank robbers,” Virgillo told me. “The hats were an attention grabber.”

Two weeks ago, I received a call from a local defense attorney who told me he was calling on behalf of his client, who was serving a long federal prison term at FCI Fairton in Fairton, New Jersey. He said his client read my weekly newspaper column and wanted to talk to me about the series of bank robberies in the mid-2000s.

I ventured from my South Philly home to Fairton, New Jersey and entered the mid-security level federal prison. I was escorted to an interview room, where John Kelly was waiting for me. He was younger than me, but he looked older, as he was rail-thin, gray and had a long, creased face. I shook his hand, took out my pen, notebook and tape recorder and laid them on the table between us, and then sat down.

Kelly was one of the Cook Crooks. He said he read my weekly column, and like me, he was from South Philadelphia. Also, like me, he served in the U.S. Navy, although his service was some years after mine.

Kelly wasted no time and went right into his story.

Kelly, Pat Collins and Bob Reilly were boyhood friends and '2 Streeters.' While in high school they belonged to an Irish American street corner gang on Second Street in South Philadelphia. Kelly was a lean teenager with sandy hair, Reilly was short and wiry with light brown hair, and Collins was tall, dark and muscular.

Kelly was a quiet, unassuming young man and Reilly was good-natured and funny, but their leader, Collins, was a tough, vicious, and intelligent teenager. Collins planned the small-time burglaries and armed stick-ups that the trio committed in their last year of high school. They committed the crimes as much for fun and excitement as they did for the money. They were never caught and none of the young men had a police record.

After the three graduated high school, Kelly joined the U.S. Navy and served as a coxswain (pronounced cox’s’n) in charge of the captain’s small boat, called a 'gig,' on a guided missile frigate in the Mediterranean Sea. Reilly joined the Carpenters’ Union and Collins worked odd jobs until he was old enough to join the Philadelphia Police Department.

After leaving the Navy, Kelly became a bank guard, Reilly worked as a carpenter on construction sites in Philadelphia, and Collins worked as a patrolman, cruising the streets of South Philly’s 3rd District.

Collins remained a crook, even though he wore a policeman’s uniform. He took bribes, stole money and drugs from crime scenes, and extorted money from low-level criminals. When he felt Internal Affairs investigators closing in on him, he resigned abruptly from the police department.

Collins rekindled his friendship with Kelly and Reilly. He was pleased that Kelly was a bank guard. He asked Kelly for the best time and day to rob the bank where he served as a guard.

On the day of the planned robbery, Kelly called in sick and sat behind the wheel of a stolen car as Collins and Reilly went into the bank, waving handguns and shouting while wearing masks and the tall chef’s hats.

They gathered up the money from the tellers and walked calmly out to the car. They climbed in and Kelly drove off.

The bank robbery went off smoothly, just as Collins planned, and Collins’ idea of wearing chef’s hats made them all laugh. The trio went on to rob several more banks, and the TV news and newspapers made them out to be something of a curiosity due to the chef’s hats.

The Philadelphia Police and the FBI were not amused.

With his share of the illegal money, Collins bought a house with a dock in Wildwood, New Jersey and a 42-foot Silverton white fishing boat. Reilly, the carpenter, built a secret compartment in the boat’s cabin to hold the bulk of the trio’s stolen money.

Collins named the fishing boat 'Crime Pays.' Reilly thought that was funny, but Kelly was concerned that the name would draw unwanted attention towards them. Collins replied that as an ex-cop, he could get away with the name.

Collins loved to go to sea with his partners, although he knew nothing about boats or the sea. Kelly urged Collins to take the Coast Guard's small boat course, but Collins never did. He used Kelly, the former sailor, to take the boat out and Collins learned the basics from watching Kelly. Once out at sea, Collins would discuss their robbery plans as they drank beer and downed shots of whiskey.

Things went on smoothy for several years, until they robbed a bank on Oregon Avenue in South Philadelphia. Exiting the bank, Collins slammed into a uniformed policeman who was coming in. The young policeman saw the mask and the chef’s hat on Collins' head, and he pulled his Glock service firearm out of its holster. Collins, who had his gun in his hand, shot the police officer in the head, killing him.

Although Collins was a former cop, he felt no guilt in killing the police officer. As he later told his partners, it was kill or be killed.

The TV news and the newspapers no longer treated the bank robbers as a curiosity, as they were now vicious cop killers. Kelly and Collins headed to Wildwood, New Jersey to hide out, and Reilly headed to his cabin in the Pocono Mountains to lay low until things calmed down. But even after several months, things did not calm down for the cop killers.

In Wildwood, Collins asked Kelly to take Crime Pays out to sea. Collins cut the engine and told Kelly that he wanted to sell his South Philly and Wildwood houses and then take the boat to Florida, where he had a third home. He wanted Kelly and Reilly to join him in Florida.

Kelly objected, as he had a wife and young son in South Philly. Collins, who had already sent his girlfriend to Florida, told Kelly to leave his family and then send for them later.

Kelly, the usually quiet and compliant one, said no firmly. He said they should contact Reilly and they should evenly split up the money and then go their separate ways.

Collins, stone-faced and silent, pulled out a .25 semi-automatic Beretta from his pants pocket and shot Kelly in the chest. Kelly’s hands gripped his chest, cried out in pain, and then collapsed on the deck. Collins placed the Beretta back in his pocket, lifted Kelly up and slipped him overboard into the ocean. Collins started the boat and headed back to shore.

Once back at the boat dock, Collins cleaned the boat thoroughly. He got on the phone and told a friend in real estate to sell his Philadelphia and New Jersey homes. He then called Reilly and told him to meet him in Florida.

“He died of heart failure.”

“No. His heart failed when my bullet pierced it."

“Just an old joke. Meet me at my Florida house next Tuesday.”

But the meeting never took place, as Kelly, a fit and healthy man, survived the gunshot wound and several hours floating in the ocean. He was discovered bobbing in the sea and rescued by a U.S. Coast Guard cutter.

While recovering in the hospital, Kelly asked to see the FBI. He confessed to the FBI agents of his involvement in the bank robberies and explained that Collins murdered the police officer and tried to murder him.

He told the FBI where they could find Collins in Florida and Reilly in the Poconos.

Now sitting in Fairton prison, Kelly told me he felt bad about informing on Reilly, but he thought he was saving his life. Surely, Collins would have shot him as well.

“I always knew Pat was a cold-hearted prick, but I didn’t think he would try to kill me,” Kelly said.

As for Collins, Kelly asked me if I remembered what happened in 2012.

“Hurricane Sandy,” Kelly replied. “Pat owned a boat, but he was no fucking sailor. The dummy sailed Crime Pays right into the path of Hurricane Sandy."

Kelly said that according to the Coast Guard, the boat went down somewhere off Cape May, New Jersey during the powerful and devastating hurricane.

"Pat washed up ashore dead, but Crime Pays sunk with all that money aboard.”