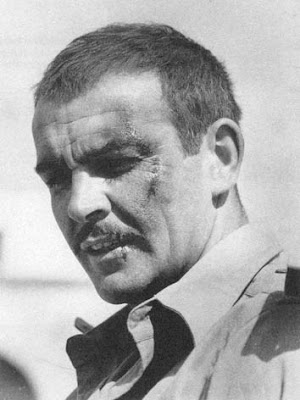 The Guardian's web site offers a series of video clips from the films of director Sidney Lumet, who died Saturday.

The video clips include The Hill, starring Sean Connery (seen in the above photo), Network, Serpico and Lumet's last film, Before the Devil Knows You're Dead.

You can view the video clips via the below link:

You can also read an earlier post on Sidney Lumet, which included his obituary in The Los Angeles Times, via the below link:

http://pauldavisoncrime.blogspot.com/2011/04/prince-of-city-himself-new-york-film.html
Posted by Paul Davis at 3:32 AM