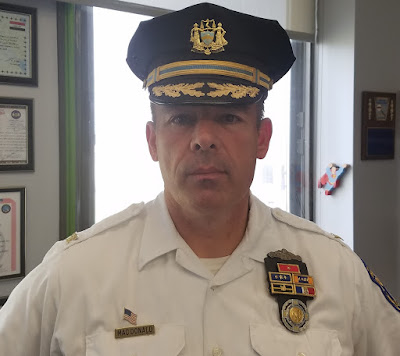 You can read the below magazine pages or the text below: 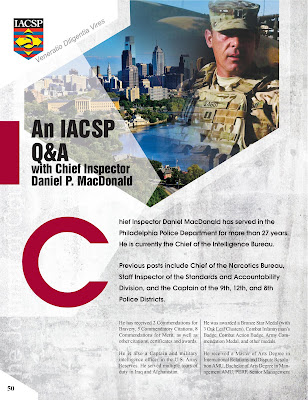 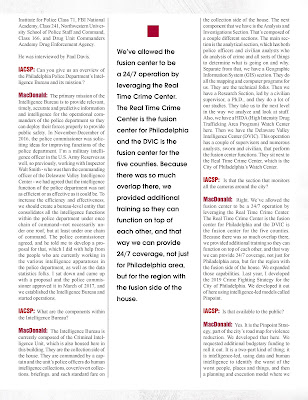 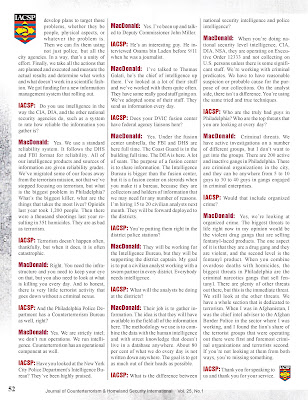 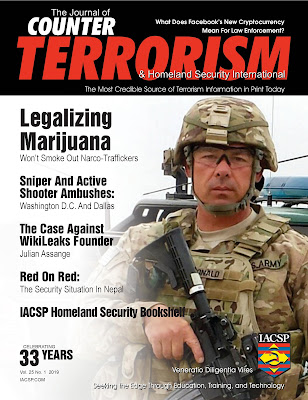 The IACSP Q&A With Chief Inspector Daniel MacDonald, Chief Of

Chief Inspector Daniel MacDonald has served in the Philadelphia Police Department for more than 27 years. He is currently the Chief of the Intelligence Bureau. Previous posts include Chief of the Narcotics Bureau, Staff Inspector of the Standards and Accountability Division, and the Captain of the 9th, 12th, and 8th Police Districts.

He has received 2 Commendations for Bravery, 5 Commendatory Citations, 8 Commendations for Merit, as well as other citations, certificates and awards. He is also a Captain and military intelligence officer in the U.S. Army Reserves. He served multiple tours of duty in Iraq and Afghanistan. He was awarded a Bronze Star Medal (with 3 Oak Leaf Clusters), Combat Infantryman’s Badge, Combat Action Badge, Army Commendation Medal, and other medals.

IACSP: Can you give us an overview of the Philadelphia Police Department’s Intelligence Bureau and its mission.?

To increase the efficiency and effectiveness, we should create a bureau-level entity that consolidates all the intelligence functions within the police department under once chain of command--not necessarily under one roof, but at least under one chain of command. The police commissioner agreed, and he told me to develop a proposal for that, which I did with help from the people who are currently working in the various intelligence apparatuses in the police department, as well as the data statistics folks. I sat down and came up with a proposal and the police commissioner approved it in March of 2017, and we established the Intelligence Bureau and started operations.

The next component that we have is the Analysis and Investigations Section. That’s composed of a couple different sections. The main section is the analytical section, which has both police officers and civilian analysts who do analysis of crime and all sorts of things to determine what is going on and why. Separate from that, we have a Geographic Information System (GIS) section. They do all the mapping and computer programs for us. They are the technical folks.

Then we have a Research Section, led by a civilian supervisor, a Ph.D., and they do a lot of our studies. They take us to the next level in the way we analyze and look at stuff. Also, we have a HIDA (High Intensity Drug Trafficking Area Program) Watch Center here. Then we have the Delaware Valley Intelligence Center (DVIC). This operation has a couple of supervisors and numerous analysts, sworn and civilian, that perform the fusion center functions. They sit next to the Real Time Crime Center, which is the City of Philadelphia’s Watch Center.

IACSP: Is that the section that monitors all the cameras around the city?

MacDonald: Right. We’ve allowed the fusion center to be a 24/7 operation by leveraging the Real Time Crime Center. The Real Time Crime Center is the fusion center for Philadelphia and the DVIC is the fusion center for the five counties. Because there was so much overlap there, we provided additional training so they can function on top of each other, and that way we can provide 24/7 coverage, not just for Philadelphia area, but for the region with the fusion side of the house. We expanded those capabilities. Last year, I developed the 2019 Crime Fighting Strategy for the City of Philadelphia. We developed it out of here using intelligence-led models called Pinpoint.

IACSP: What are the components within the Intelligence Bureau?

MacDonald: The Intelligence Bureau is currently composed of the Criminal Intelligence Unit, which is also housed here in this building. They are the collection side of the house. They are commanded by a captain and the unit’s police officers do human intelligence collections, covert/overt collections, briefings, and such standard fare on We’ve allowed the fusion center to be a 24/7 operation by leveraging the Real Time Crime Center.

The Real Time Crime Center is the fusion center for Philadelphia and the DVIC is the fusion center for the five counties. Because there was so much overlap there, we provided additional training so they can function on top of each other, and that way we can provide 24/7 coverage, not just for Philadelphia area, but for the region with the fusion side of the house. 52 Journal of Counterterrorism & Homeland Security International Vol. 25, No.1 develop plans to target those problems, whether they be people, physical aspects, or whatever the problem is. Then we can fix them using not just police, but all the city agencies. In a way, that’s a unity of effort. Finally, we take all the actions that are planned and executed and measure the actual results and determine what works and what doesn’t work in a scientific fashion. We got funding for a new information management system that rolling out.

IACSP: Is that available to the public?

MacDonald: Yes. It is the Pinpoint Strategy, part of the city’s road map for violence reduction. We developed that here. We requested additional budgetary funding to roll it out. It is a two-part kind of thing; it is intelligence-led, using data and human intelligence to identify the worst of the worst people, places and things.

IACSP: Do you use intelligence in the way the CIA, DIA, and the other national security agencies do, such as a system to rate how reliable the information you gather is? MacDonald: Yes. We use a standard reliability system. It follows the DHS and FBI format for reliability. All of our intelligence products and sources of information are given reliability grades. We’ve migrated some of our focus away from the terrorism mission, not that we’ve stopped focusing on terrorism, but what is the biggest problem in Philadelphia? What’s the biggest killer, what are the things that takes the most lives? Opioids last year took 1,200 people. Then there were a thousand shootings last year resulting in 351 homicides. They are as bad as terrorism.

IACSP: Terrorism doesn’t happen often, thankfully, but when it does, it is often catastrophic.

MacDonald: Right. You need the infrastructure and you need to keep your eye on that, but you also need to look at what is killing you every day. And to honest, there is very little terrorist activity that goes down without a criminal nexus.

IACSP: And the Philadelphia Police Department has a Counterterrorism Bureau as well, right?

MacDonald: Yes. We are strictly intel; we don’t run operations. We run intelligence. Counterterrorism has an operational component as well.

MacDonald: Yes. I’ve been up and talked to Deputy Commissioner John Miller.

IACSP: He’s an interesting guy. He interviewed Osama bin Laden before 9/11 when he was a journalist.

MacDonald: I’ve talked to Thomas Galati, he’s the chief of intelligence up there. I’ve looked at a lot of their stuff and we’ve worked with them quite often. They have some really good stuff going on. We’ve adopted some of their stuff. They send us information every day.

IACSP: You’re putting them right in the district police stations?

MacDonald: They will be working for the Intelligence Bureau, but they will be supporting the district captain. My goal is to put a civilian analyst working with a sworn partner in every district. Everybody needs intelligence.

IACSP: What will the analysts be doing at the districts? MacDonald: Their job is to gather information. The idea is that they will have available in the field all of the information here. The methodology we use is to combine the data with the human intelligence and with street knowledge that doesn’t live in a database anywhere. About 80 per cent of what we do every day is not written down anywhere. The goal is to get as much out of their heads as possible.

IACSP: What is the difference between national security intelligence and police intelligence?

MacDonald: When you’re doing national security level intelligence, CIA, DIA, NSA, they are operating on Executive Order 12333 and not collecting on U.S. persons unless there is some significant stuff. We’re working with criminal predicates. We have to have reasonable suspicion or probable cause for the purpose of our collections. On the analyst side, there isn’t a difference. You’re using the same tried and true techniques.

IACSP: Who are the truly bad guys in Philadelphia? Who are the top threats that you are looking at every day?

MacDonald: Criminal threats. We have active investigations on a number of different groups, but I don’t want to get into the groups. There are 200 active and inactive gangs in Philadelphia. These are criminal organizations in the city, and they can be anywhere from 5 to 10 guys to 30 to 40 guys in gangs engaged in criminal enterprises.

IACSP: Would that include organized crime?

MacDonald: Yes, we’re looking at organized crime. The biggest threats to life right now in my opinion would be the violent drug gangs that are selling fentanyl-laced products. The one aspect of it is that they are a drug gang and they are violent, and the second level is the fentanyl product. When you combine overdose deaths with homicides, the biggest threats in Philadelphia are the criminal narcotics gangs that sell fentanyl. There are plenty of other threats out there, but this is the immediate threat. We still look at the other threats. We have a whole section that is dedicated to terrorism. When I was in Afghanistan, I was the chief intel advisor to the Afghan Border Police in the sector where I was working, and I found the lion’s share of the terrorist groups that were operating out there were first and foremost criminal organizations and terrorists second. If you’re not looking at them from both ways, you’re missing something.