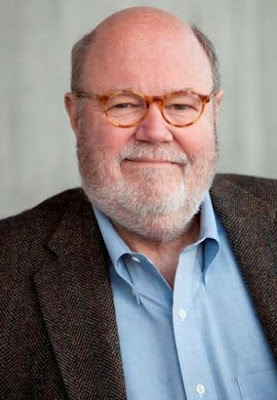 I’m reading Stephen Hunter’s latest Bob Lee Swagger thriller, Game of Snipers, and I plan to review the book in the Washington Times.


Swagger is a former Marine sniper is in his early 70s, but as a gun consultant for the FBI, the old Vietnam veteran stills gets into a lot of action.
Guns are the trademark of Stephen Hunter (seen in the above photo). As a knowledgeable gun owner and shooter, he writes about guns with professional accuracy. He gets guns – and he gets it right. 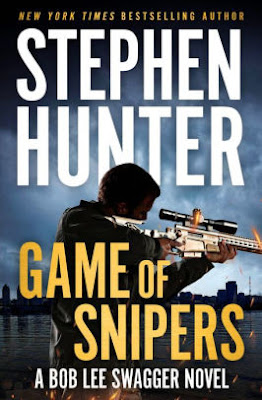 As a military-trained gun owner and shooter, I often cringe and curse novels, movies and TV shows that make silly mistakes about guns, such as someone with a snubnosed revolver shooting up from the ground and hitting someone with a sniper rifle on a third-story roof.
Crimereads.com offers a piece that Stephen Hunter wrote for his publisher, G. P. Putnam’s Sons on gunfights.
Gunfights are chaos events. They make no sense, can never make sense. They are over in seconds. The men who fight them do so guided only by instincts that may or may not reflect training and experience. What happens—no matter how unlikely—happens, without recourse to do-overs, odds and the utter whimsey of luck. There are no rules. Nothing is clear, no one is heroic, self-urination is quite common (never shown in the movies). And they are incredibly loud, even though nobody’s hearing is working. Heartbeats go supersonic, blood chemicals mingle beyond any cocktail maker’s wildest imagination, no coherent thought forms in any brain, and luck is better than smarts, cover is more important than concealment, ammo is more important than heroism and too often the good die young.
I have pretty much spent my professional life trying to capture these moments in prose. Ask me why and watch my face go blank: no explanations beyond the fact that such happenings fire off lots of brain electricity, electricity is energy, energy is work, and work is–well, whatever it will be, from glory and dough to failure, ignominy and self-laceration.
You can read the rest of the piece via the below link:
https://crimereads.com/6-rules-for-writing-realistic-meaningful-gunfights/ 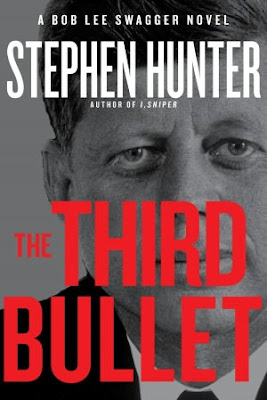 You can also read my Washington Times review of The Third Bullet via the below link:
www.pauldavisoncrime.com/2013/03/my-washington-times-review-of-stephen.html
And you can read my Philadelphia Inquirer review of I, Sniper, below: 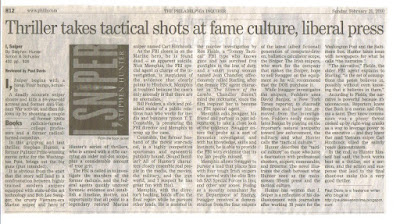