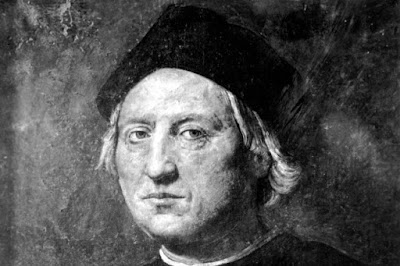 Aileen Riotto Sirey and Angelo Vivolo offer their take on Christopher Columbus in a piece at the New York Post.
Why are we so eager to search out scapegoats for the injustices of history? Whatever the reason, Christopher Columbus is now the fall guy for the sins of slavery, the exploitation of indigenous peoples, the rape of natural resources and most of the legal, financial and territorial abuses that followed the first European steps in the New World. His accusers want to eliminate Columbus Day and replace it with Indigenous Peoples Day.
Columbus is a 15th-century man in a 21st-century court, and the jury is stacked with self-righteous, injured parties who have 20-20 hindsight. Vilifying him won’t change the unfairness of history, but it will delegitimize the outright and undeniable contributions of Western civilization. Tearing down statues to him won’t undo the damage from two worlds colliding, but it will mask the progress and achievements that emerged from two worlds converging.
Columbus Day exists for two reasons. The first: Columbus was the explorer who completed four recorded voyages across the Atlantic, showing great courage, determination and skill. His audacity and vision revolutionized worldwide human migration. Hundreds of millions of immigrants have followed his brave example over the course of more than five centuries. Today, his legacy endures in every immigrant who seeks opportunity and a better life.
You can read the rest of the piece via the below link:
https://nypost.com/2019/10/13/stop-scapegoating-christopher-columbus/
Posted by Paul Davis at 10:46 AM