On This Day In History Wyatt Earp, His Brothers And Doc Holiday Faced Off Against Clanton-McLaury Gang At The Gunfight At The OK Corral 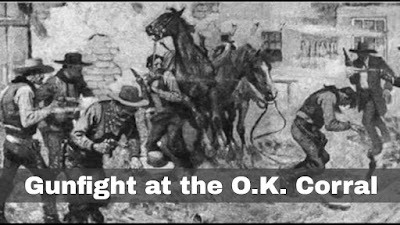 As History.com notes, it was on this day in history that the famous Wild West gunfight at the O.K. Corral was fought.


As On this day in 1881, the Earp brothers face off against the Clanton-McLaury gang in a legendary shootout at the OK Corral in Tombstone, Arizona.  After silver was discovered nearby in 1877, Tombstone quickly grew into one of the richest mining towns in the Southwest. Wyatt Earp, a former Kansas police officer working as a bank security guard, and his brothers, Morgan and Virgil, the town marshal, represented “law and order” in Tombstone, though they also had reputations as being power-hungry and ruthless. The Clantons and McLaurys were cowboys who lived on a ranch outside of town and sidelined as cattle rustlers, thieves and murderers. In October 1881, the struggle between these two groups for control of Tombstone and Cochise County ended in a blaze of gunfire at the OK Corral. 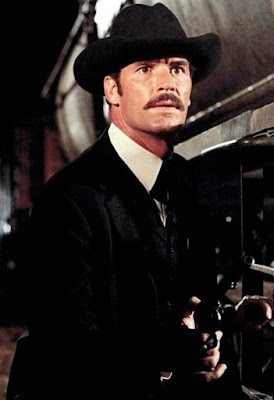 You can also read an earlier post on Wyatt Earp’s Vendetta Ride and the films about Wyatt Earp and the gunfight at the OK Corral via the below link: 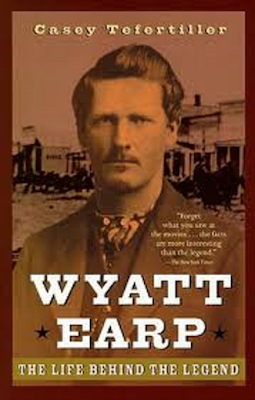 And if you would like to read a good biography of Wyatt Earp, I'd recommend Casey Tofertiller's  Wyatt Earp: The Life Behind the Legend.
Posted by Paul Davis at 7:31 AM