Armed Forces Day 2022: Celebrating And Honoring Those Who Serve 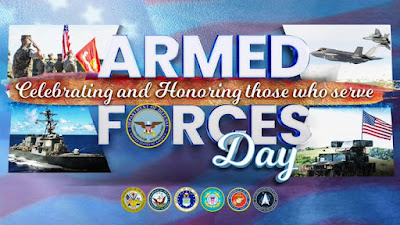 As a proud Navy veteran who served on an aircraft carrier during the Vietnam War, I honor and support the members of the U.S. armed forces.

Armed Forces Day is a special holiday for people all over the world to come together and thank the men and women of the United States Armed Forces. First conceived by President Harry S. Truman, the holiday was established in 1949. The creation of a single day celebration for all five branches of the United States military made sense due to its recent unification under the Department of Defense.

Today is a day to honor and support U.S. military members stationed all around the world.