The Aftereffects Of Crime On A Family: My Washington Times On Crime Column On Lisa Scottoline’s 'What Happened to the Bennetts' 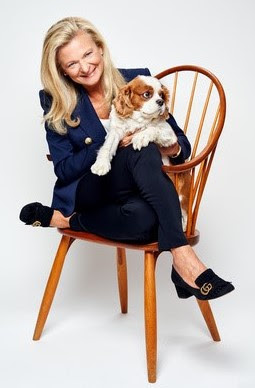 The Washington Times published my On Crime column on Lisa Scottoline and her crime novel What Happened to the Bennetts.

Lisa Scottoline is a bestselling and award-winning author of 34 legal thrillers and historical novels. She also writes a weekly humor column with her daughter Francesca Serritella for the Philadelphiauirer called “Chick Wit,” a witty take on life from a woman’s perspective.

Lisa Scottoline’s latest novel is “What Happened to the Bennetts.”

I reached out to her to ask about the novel and discovered that we are originally from the same Italian American neighborhood in South Philadelphia, and we lived around the corner from each other when we were young.

I asked her how she would describe her current novel?

“I would describe it as a family story and a crime story rolled into one,” Ms. Scottoline replied. “It’s about a family that is driving home from a kid’s hockey game one night, and they are carjacked, and it goes terribly wrong. They later find themselves in witness protection. Violence can happen in a minute, and you can’t pretend that it doesn’t.

“I started writing about women as I wanted to see women in the lead, but I said to myself, you have to give it a try. You can’t write the same book over and over. I thought about the role of fathers. I’ve written a lot about mothers, being a mother myself, but this time I wanted to put the spotlight on a father. I was very close with my dad. This book is a lot like my dad.

“In our culture we are very interested in heroes. There is a reason that Spider-Man movies make 500 million dollars. I’m not putting them down. But you’re trying to look at a larger scene when you’re writing a book.  So, the question in “What Happens to the Bennetts” is what is a hero?

BOOK REVIEW: 'What Happened to the Bennetts' - Washington Times 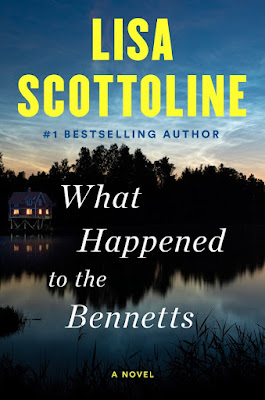 Labels: crime fiction, Lisa Scottoline, My Washington Times On Crime column, What Happened to the Bennets