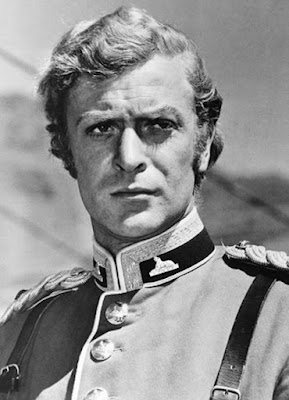 In 1876, a British Royal Army Colonel arrived at a remote base in Africa and met the colonel he was to replace.

The departing colonel told his replacement there were no major concerns at the base. The natives were not restless, and his young captain actually ran the small base.

The colonel called for the captain.

The new colonel was shocked when the captain walked in. The “young” captain was wrinkled, hunched over, bald, toothless, walked with a limp and was covered in open sores.

The departing colonel told the captain to tell the new colonel about himself.

“Well, Colonel, I graduated with honor from Sandhurst, and I was assigned here in…”

"No, no, Captain. The colonel can read all of that in your file,” the departing colonel said.

“Tell him about the day you told the local witch doctor to "Go fuck himself."


Note: The above photo is of British actor Michael Caine in the film Zulu.