Ralph Cipriano: Man Bites 2 Cops, But DA Wonders If He Had Criminal Intent 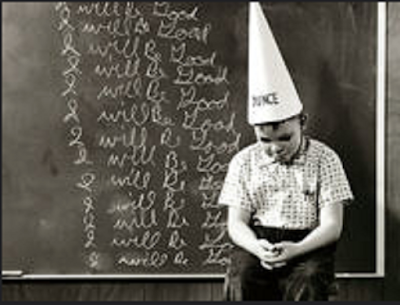 Ralph Cipriano reports on an incredible story of a man who assaulted, bit and punched Philadelphia police officers. but was not charged by one of radical DA Larry Krassner's woke" assistant district attorneys at his popular blog Bigtrial.

... McNissins also bit Officer Hasley on the left arm and was punching and kicking her while the cops were trying to cuff him. Officer Hasley raised her metal baton and struck McNissis on the legs. As other officers were called to the scene for assistance, McNissins continued to fight.
McNissins, whom the cops said was probably high on narcotics, was finally placed in cuffs and shackles and taken to the hospital. Officer Byrd was left with a bloody mouth and a bite mark on his right thigh and pain in his left hand. Officer Hasley had a bite mark on her left forearm and pain in her right thumb, wrist and forearm.
Yep, it was a simple case until it went to the D.A.'s office for prosecution. First, the D.A.'s office under Larry Krasner denied the cops a warrant to search the premises. And then Assistant District Attorney Neil Pladus, a rookie in the D.A.'s charging unit, decided not to prosecute McNissins.
Why? Because ADA Pladus, a 2021 Georgetown Law grad who was hired by Larry Krasner last September, conducted his own investigation. And after reviewing the body camera footage and all of the discovery in the case, rookie ADA Pladus concluded "in the interests of justice. . . It is impossible to say that the defendant bit and flailed at the officers with any level of criminal intent."
Why? Because, ADA Pladus wrote, the suspect "was incoherent during the entire encounter."
To make matters more puzzling, ADA Pladus just might be a former cop. But if he's a former cop that Larry Krasner would hire as an ADA, you know he has to be a woke progressive.
You can read the rest of the piece via the below link:
Man Bites 2 Cops, But DA Wonders If He Had Criminal Intent | Big Trial | Philadelphia Trial Blog
Note: Ralph Cipriano is a local treasure. You can only read about such outrageous stories in Philadelphia at his website.
Posted by Paul Davis at 1:32 PM