A Little Humor: The Genie 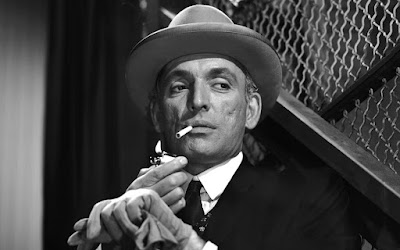 Bill Cross met a man who claimed to be a genie in an alley.

"For my first wish, I want a world without lawyers," Cross said.

"Done," said the genie. "Now you have no more wishes."

"But you said I had three wishes," Cross said.

The genie smiled and lit a cigarette.

Note: The above photo is of actor Joseph Rushkin as a genie in a clever episode of The Twilight Zone.