A Look Back At The John Gotti Trials: My Washington Times On Crime Column On 'The Gotti Wars: Taking Down America's Most Notorious Mobster' 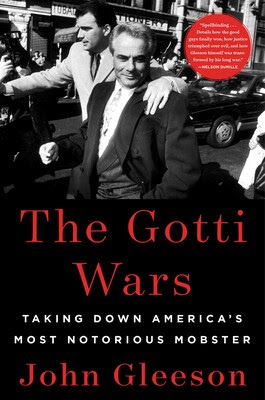 The Washington Times ran my On Crime column that covered John Gleason’s The Gotti Wars: Taking Down America’s Most Notorious Mobster.

Even after all these years, the late John Gotti remains the public’s poster boy for Cosa Nostra crime bosses. Known as “The Dapper Don,” the well-dressed, publicity-seeking, boss of the Gambino crime family in New York, was often in the news, even though Cosa Nostra was a secret criminal society.

Like Al Capone before him, Gotti was flashy and flippant around reporters and the public, and he was feared by other mobsters due to his murder of the previous Gambino boss, Paul Castellano, and other brutal and violent acts.

Gotti was also called “The Teflon Don,” as he was acquitted in a federal trial, and many believed the Feds couldn’t touch him.

That Teflon image would change in 1992 when Assistant U.S. Attorney John Gleeson became Gotti’s chief prosecutor. A former federal prosecutor, federal judge, and today a practicing defense attorney, Judge Gleeson was the lead counsel in the successful racketeering-murder trials of both John Gotti and Vic Orena, the bosses of the Gambino and Colombo crime families.

Judge Gleeson offers a look back at the Gotti trials in his book, “The Gotti Wars: Taking Down America’s Notorious Mobster.”

“The Gotti Wars” recounts the story of Gotti’s rise in Cosa Nostra and his eventual downfall. John Gleeson prosecuted Gotti’s two federal racketeering prosecutions. In the first trial, Gotti was acquitted. Five years later, he was in charge of the second racketeering trial. He had the FBI’s secret recordings of Gotti’s conversations with “Sammy the Bull” Gravano, Gotti’s underboss, and consigliere Frank Locascio. All three were indicted and Gravano “flipped” and agreed to testify against Gotti.

I reached out to Judge Gleeson (seen in the bottom photo) and asked him why he wrote this book after all these years?

“I wrote much of the book, including most of the events surrounding the Interlude and Second Trial parts, within 3 or 4 years of the verdict in the second case. But then life got in the way: two kids had come along, and I had to learn the job of being a judge, and I was teaching substantive courses at NYU’s law school for both semesters for more than 20 years,” Judge Gleeson replied “I also decided I needed to write the book not solely from memory but like a historian would, so I got the US Attorney’s office files and the trial transcripts from both cases. Rooting it all in those records, and writing about the first trial, was a painstaking process. Then in 2016 I started yet another new phase—private practice.  So it wasn’t a matter of waiting all this time to write a book.  I knew when they were happening these events should be memorialized.  It just took me a long time to get the book over the finish line.” 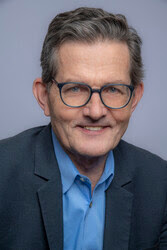