Behind The Monument: ‘The Naked Warrior,’ Legendary Predecessor Of NAVY SEALS 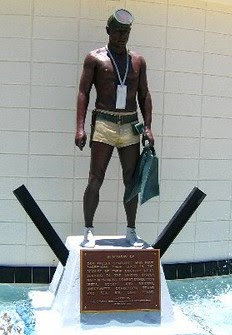 Coffee Or Die magazine offers a piece on the statue of the WWII UDT frogman that stands in front of the National Nayv UDT-SEAL Museum.

It was a beautiful March afternoon in Coronado, California, with no clouds in the sky. I had joined two retired plankowners — or founding members — of SEAL Team 7 at Glorietta Bay Park to view one of Naval Special Warfare’s most sacred monuments. As we left the parking lot, crossed the grassy courtyard, and passed by a row of stone benches, we finally approached The Naked Warrior.

Designed by the artist John Seward Johnson II, The Naked Warrior honors the World War II legacy of the Navy’s Underwater Demolition Teams — the combat swimmer units that eventually evolved into the SEALs.

According to the National Navy UDT-SEAL Museum, the name of the statue traces back to a daring mission on the Japanese-held atoll of Kwajalein in January 1944. As the story goes, two UDT frogmen, Ensign Lewis F. Luehrs and Chief Petty Officer Bill Acheson, were tasked with a reconnaissance mission to assess the beaches for a future amphibious assault. When the duo couldn’t get close enough to the shore because their path was blocked by a coral reef, they stripped down to their underwear so they could squeeze over the reef and complete their mission.

As a result of the successful operation, UDTs started to emphasize training in which frogmen wore only face masks, swim trunks, dive fins, and Ka-Bar knives. For the remainder of the war, these elite waterborne commandos lived up to their name, often entering enemy-held waters without fire support, setting explosive charges to destroy underwater obstacles that prevented amphibious landings, and doing it all without being detected.

Behind the Monument: ‘The Naked Warrior,’ Legendary Predecessor of Navy SEALs - Coffee or Die Magazine 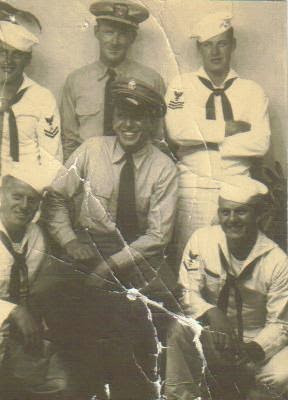 My late father, Edward M. Davis (seen in the middle of the above photo), was a Navy chief and UDT frogman in WWII. I wrote about him and other frogmen and how the UDT involved into the Navy SEALs in a piece for Counterterrorism magazine.

Paul Davis On Crime: A Look Back At The World War II U.S. Navy Frogmen: My Piece On The Underwater Demolition Teams, Forerunners of Today's Navy SEALs 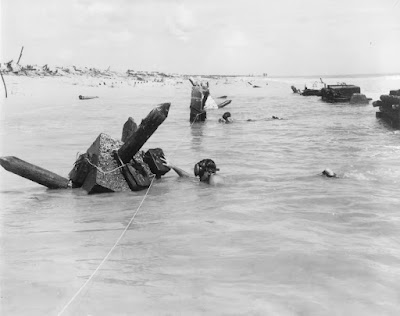 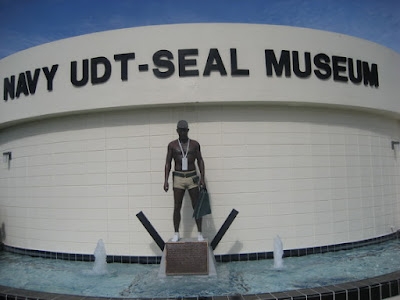 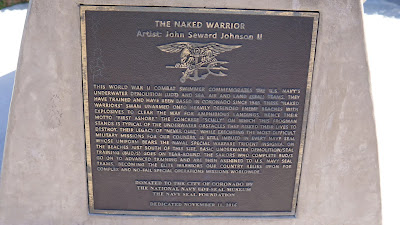