A Little Humor: Fetterman Realizes American Dream Of Living With Parents Til You're 50 And Then Getting A Government Job 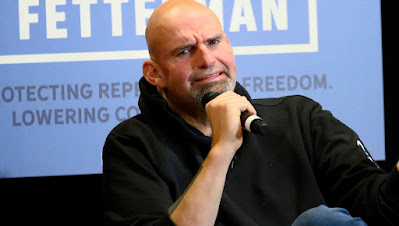 HARRISBURG, PA — Senator-elect John Fetterman has finally realized the American dream by living with his parents until at least the age of 50 before smoothly transitioning into a cushy government job.

Fetterman, 53, told his parents they wouldn't need to make him dinner on January 3 because he will be in Washington, D.C. trying to make his dream come true for every American.

The senator-elect, who famously served as the mayor of Braddock, PA from his parent's basement, has said that he's excited to finally leave the nest. "I asked and they won't move to D.C.," said Fetterman. "I want pancakes."

The parents of the freshman senator are reportedly happy to see their son finally strike out on his own and show the world what it means to have loving parents who will care for you for most of your life. "Freaking finally," his loving father told reporters. "I mean, come on. I thought he would never leave."