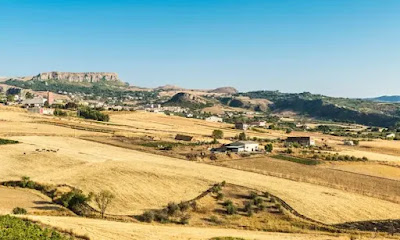 Judges in Italy have handed down prison sentences to 91 people, including alleged mafia members, after a large-scale EU agricultural subsidies fraud.

According to magistrates in the Sicilian city of Messina, mobsters fraudulently received more than €5m (£4.3m) in subsidies between 2010 and 2017, including funds for thousands of hectares of “ghost” farmland in the east of the island that was either nonexistent, stolen from farmers or owned by the Italian state or regional government.

The sentences ranged from two years to 30. Among the charges that resulted in convictions were extortion, fraud against the EU and mafia association.

Prosecutors said the Batanesi mafia clan – one of the oldest crime families on the island, operating in the Nebrodi regional park, a hilly region popular for grazing – was believed to be at the centre of the fraud, which allegedly involved more than 150 companies.

Annual EU agricultural subsidies of up to €1,000 a hectare provide an incentive to organised crime. A magistrate wrote in the investigation file that it was often the case that one phone call from an organised crime boss was enough to prompt a farmer to give up his land out of fear of retaliation.